Sustainability, goats and hill farming set for Big Week on the Farm 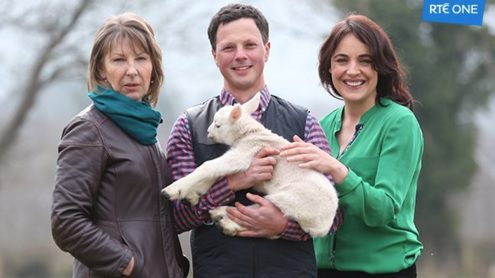 On last night’s episode of Big Week on the Farm, camogie player Anna Geary took up chicken-plucking, while the life of the pig and bees also featured.

Presenter Aine Lawlor and Geary had a chicken-plucking contest, with Lawlor coming out the winner.

Meanwhile, Helen Carroll was in Enfield where she was looking at bees and how they can benefit farming.

Twitter lit up with viewers tweeting their thoughts about the programme, which is filmed on John Fagan’s Westmeath farm, and it appears that there’s going to be some new bee-keepers across the country!

Bees make honey? I thought it was Boyne Valley! #OnTheFarm

Maria Daly says that she’s going to branch into bee-keeping.

Mind made up. Im getting bees ???? #OnTheFarm

The show once again proved to be a hit with urbanites with Jack Murray tweeting that it’s a great show to watch with city children.

Gillian Duffy tweeted that she was enjoying the show and that it was great to see such a positive representation of rural life. 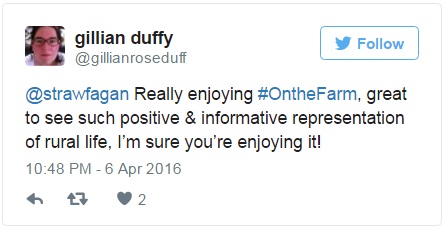 Episode four of Big Week on the Farm returns tonight and it will feature food writer and model Roz Purcell.

Roz has already made herself at home on the farm and has met the lambs judging by her Twitter account.

If you need me I'll be with the lambs #onthefarm tonight at 7pm @RTEOne pic.twitter.com/fn5q0Dut3H

Tonight’s show will look to the future with some of the latest developments in sustainable food production.

Viewers will get an insight into the life of the goat and will learn all about life on Derravaragh Lake.

The show will link-up tonight with a chicken farm in Kildare and a remote hill farm in Mayo.

Last night, viewers just missed the birth of two new lambs, will there be a live birth tonight? Big Week on the Farm airs on RTE One at 7pm.

Big Week on the farm Farming Ireland
Loading Next Story