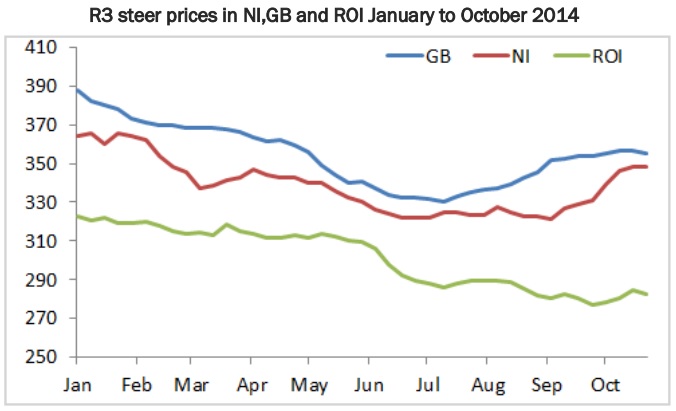 According to the LMC quotes from the plants in Northern Ireland this week for U-3 grade steers and heifers steadied at 350-352p/kg with similar quotes expected for early next week.

It says quotes for good quality O+3 cows ranged from 240-260p/kg across the plants with the plants reporting steady supplies of all types of cattle to meet demand.

Prime cattle throughput in Northern Ireland last week totalled 7,200 head last week, an increase of 538 head from the previous week. This is the highest weekly throughput of prime cattle since the week commencing May 24, 2014.

Imports of prime cattle from the Republic for direct slaughter in NI plants last week were similar to the previous week with 628 head imported. This accounted for 9% of the prime cattle kill in Northern Ireland last week.