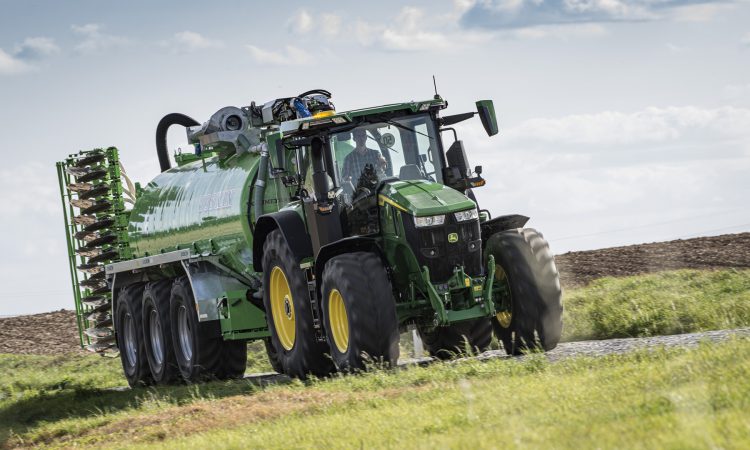 According to the independent DLG PowerMix test, John Deere was deemed to be the best choice of tractor for transport applications with its new 7R 330 model.

The company scored the “best ever” DLG PowerMix transport test result in 2018 with the 6250R, and still claims to hold that record.

More recently, the 7R 330 with its new Stage V engine has set the benchmark for all tractors above 250hp rated engine power.

With a combined fuel consumption of 375g/kWh diesel plus 17g/kWh DEF, the 7R 330 delivered an 8g/kWh diesel plus 28g/kWh DEF advantage over the next best competitor in this horsepower class, the firm says.

This, the manufacturer claims, will help farmers and contractors to further reduce their operating costs. 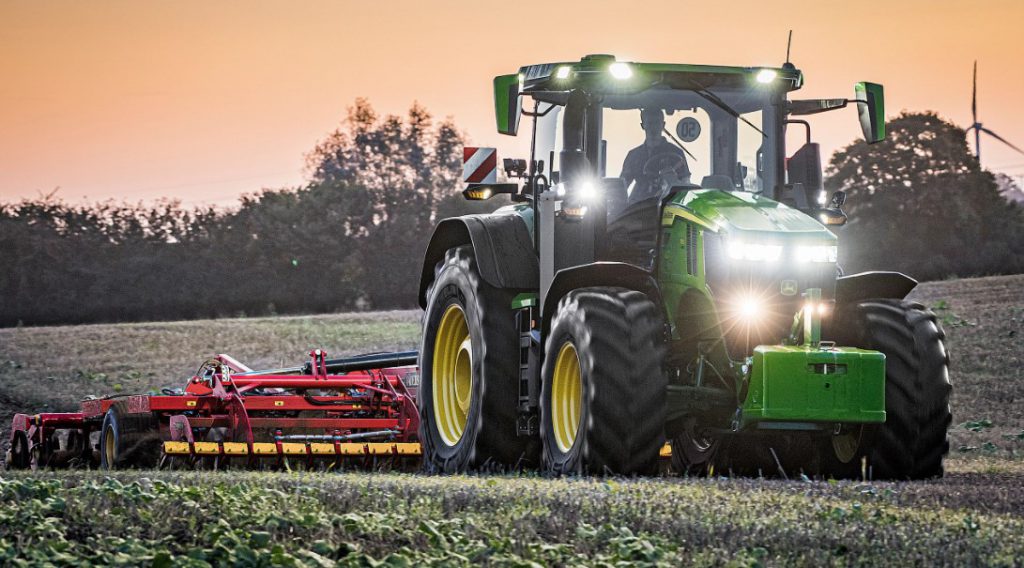 Depending on local diesel and DEF prices, the result “equates to hourly savings of €1.50 to over €2 in transport applications, or even higher compared to average tractor performance figures”.

Both the John Deere 6250R and 7R 330 tractors performed the PowerMix test at the DLG test centre in Groß-Umstadt, Germany, where the individual test cycles are designed to replicate typical heavy and light transport work.

According to DLG, the PowerMix test consists of 14 test cycles that simulate various loads on the tractor and measure its fuel and AdBlue consumption, its output and efficiency as the machine goes through the test cycle.

The individual test cycles replicate typical field and transport applications at half load and full load.

In addition, the test simulates heavy and light transport work, testing the tractor as on the road to obtain a general efficiency profile under reproducible field conditions.

Launched at Agritechnica 2019, the 7R 330 tractor features the CommandPRO joystick in a new so-called “luxury cab”, along with enhanced Precision Ag technology features.

This model has a maximum power rating of 373hp with Intelligent Power Management and a power to weight ratio of 30kg/hp.

This, John Deere maintains, has a “further positive impact on performance, acceleration and fuel consumption”. 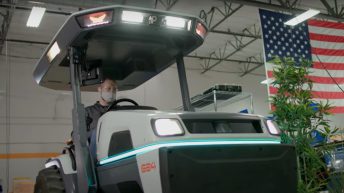