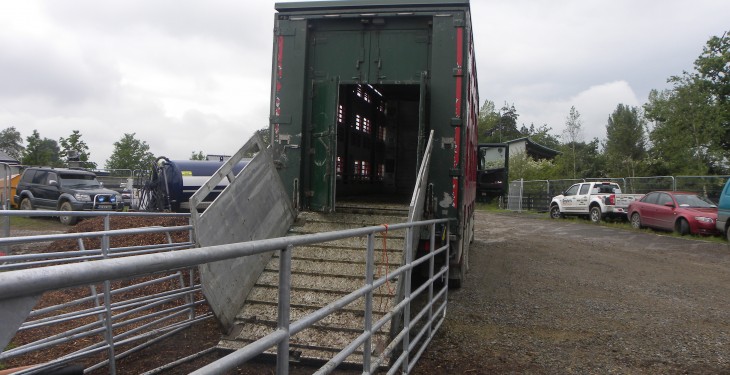 New research shows that 66% of the British public are ‘appalled’ that live farm animals are transported long distances to the continent for slaughter.

Around seven out of ten (69%) seven out of 10 British people believe animals should be slaughtered in the country where they have been reared, according to animal welfare group, Compassion in World Farming.

Both Compassion in World Farming and Kent Action Against Live Exports are calling for immediate action to end to what they call the cruel and unnecessary trade in live farm animals.

Pru Elliot, Compassion in World Farming campaign officer, said “Animals are confined in crowded lorries and their exhausting journeys can be hundreds, even thousands of miles – as far as Eastern Europe. That is why we are calling on the government to stand up for sheep and end this unnecessary trade.”

According to the organisation due to EU trade rules, the government is unable to ban live exports directly. Defra has maintained that it would prefer to see a trade in meat. Yet Ministers have taken no steps to work with the industry toward this. There are also concerns that regulations in place to protect animals during transport aren’t being enforced.

In Ireland stronger cattle and sheep exports helped boost the value of livestock exports in 2013. For the year the value of Irish livestock exports increased by 11% to an estimated €240m. Shipments of most categories of stock increased. Most significantly, the number of calves exported jumped by almost 140%, while exports of weanlings and stores were slightly ahead of the same period last year.