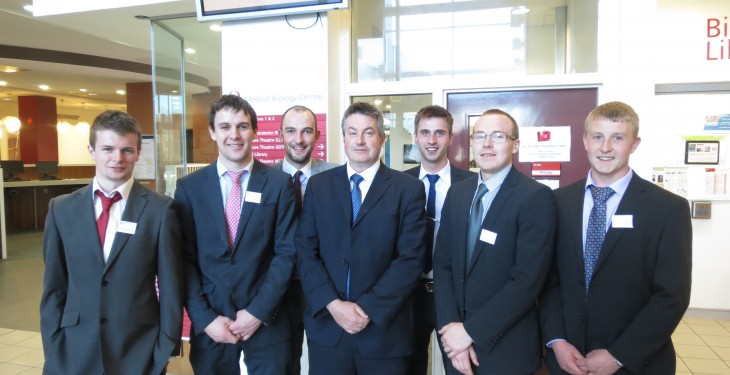 Some 60% of the measures that farmers can take currently to reduce greenhouse gas emissions will either make the business money or have no cost, John Gilliland from Devenish Nutrition has said.

The former Ulster Farmers Union President, Gilliand was speaking the ‘Future Farms – what will food production look like after 2020’ Agricultural Technology Symposium in Belfast recently.

Gilliand said that policy makers must recognise the complexity and interplay of factors that allow a farm business to be sustainably intensive.

We need to bring policy and markets along with new technology to drive down emissions and increase gross margins.

Gilliand said that methods already available to farmers can improve efficiency in their businesses.

He also said that examples included riparian zones along water ways acting as a biological corridor and then eventually a fuel source, as well as sewing clover in grass swards to allow increased water percolation and nitrogen fixation.

Martin Mullholland from College of Agriculture, Food and Rural Enterprise (CAFRE) said that technology will not substitute farmers but will change how they work, and levels of automation and information collection at farm level will increase over the coming years.

President of the Northern Ireland branch of the British Veterinary Association (BVA) talked about the need to make sense from the vast amounts of data available to farmers, especially with recent advances in fields such as genomics and metabolomics.

A joined-up approach for animal health is needed, all people in the sector have to work together.

The event was organised by final year agricultural technology students at QUB and was sponsored by Bank of Ireland UK.