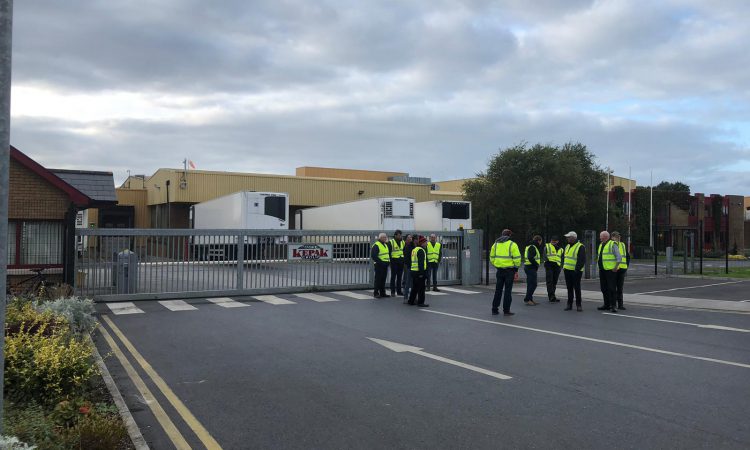 There is no longer an “effective protest” outside six factories around the country, while meetings and discussions will be held in relation to other demonstrations, according to the Independent Farmers of Ireland.

In a statement this evening, Friday, September 20, the group highlighted that the proposed agreement made last weekend would not be ratified until the peaceful protesters left the factory gates.

All farm organisations including the Independent Farmers of Ireland were encouraged to explain this proposal in detail to ensure its uptake, the group noted.

The statement added: “As of today, six factories no longer hold an effective protest. Numerous others are holding meetings or internal discussions over the next 24 hours on how to proceed.

The urgency, however, in this situation is that this proposal is not indefinite; decisions must be made whether to accept what we have achieved and build on it, or let it fall by the wayside.

“We then return to the situation we had eight weeks ago when the initial protest began, with the added problem of a backlog of over 100,000 cattle to be killed alongside the normal autumn rush.

“Effectively, it could take months to clear this backlog, which could affect the pre-Christmas market. Every day lost adds to this problem. Cattle need to be killed, farmers need to be paid, and they need to pay bills.”

The group statement acknowledged that these are “very hard decisions for every person who stood outside a factory gate for the last eight weeks”.

However, it highlighted that much has been achieved in this time and questioned whether such progress needs to be jeopardised at this point.

If we accept the deal protests will simply be withdrawn and we can monitor the situation as it unfolds over the coming months.

“Democracy must rule in this situation and the view of the majority must be respected as mutual regard is what has gotten us this far,” the statement concluded.