A driver of a 4X4 which was towing a trailer is set to be prosecuted after multiple defects were detected with the trailer by An Garda Siochana.

After being pulled over recently by Gardai, it was revealed that the driver did not hold the correct licence to be towing the trailer attached to the 4X4.

A tweet on the official Twitter page for An Garda Siochana highlighted that there was also a number of other defects with the trailer.

The trailer was not fitted with a breakaway cable; no rear lights were operational; it had a bald tyre; and it was carrying an unsecure load, according to Gardai. 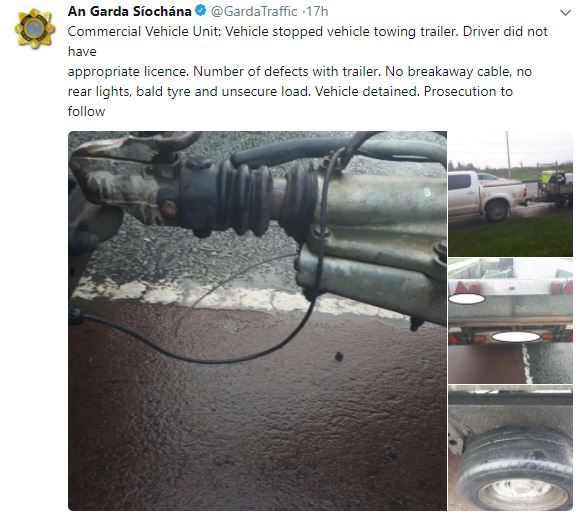 The driver of the 4X4 is set to be prosecuted following the incident and the vehicle was detained by Gardai.

Stolen trailer spotted by owner months after being taken

Meanwhile, a man who had his trailer stolen in Cork back in February recently spotted it travelling along a busy road.

The man was travelling to Dublin to meet friends when he observed his trailer – which he hadn’t seen in a few months – being towed along the Naas road, Gardai explained. 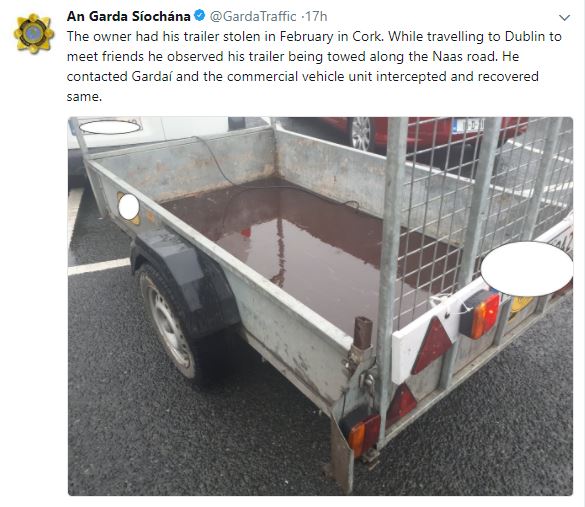 The owner had his trailer stolen in February in Cork. While travelling to Dublin to meet friends he observed his trailer being towed along the Naas road. He contacted Gardaí and the commercial vehicle unit intercepted and recovered same. pic.twitter.com/nVE3sitzR2

A tweet on the official Twitter page of An Garda Siochana detailed how the owner of the stolen trailer then contacted Gardai.

A commercial vehicle unit of the Gardai then intercepted and recovered the stolen trailer.