According to ICBF figures, calf births are 2.7% higher to the week ending May 27, on the corresponding period last year.

So far this year, there have been 46,059 more calf births in Ireland when compared to the same time in 2015.

The majority of this increase follows a jump in dairy calf registrations, which are up 67,574 head or 6.2% so far this year. 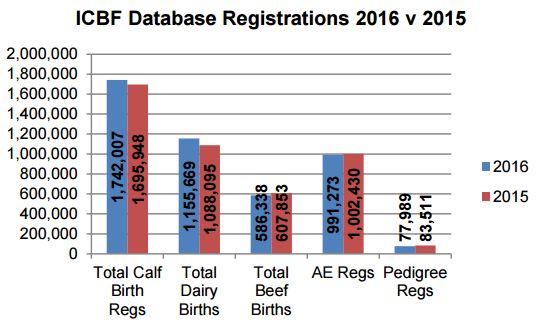 Figures from the ICBF show that the number of beef calves registered has dropped by 21,515 head on last year’s levels.