One of the highlights from last week’s beef kill statistics released from the Department of Agriculture, Food and Marine is the cumulative figure for the number of cows killed this year.

304,813 cows have been killed so far this year and this figure is running 12 per cent ahead of last year’s figure. These results may indicate the increase in farmers moving away from suckler production.

The beef kill was up 3.3 per cent last week when compared to the previous week. Figures for the week commencing 20 October show that the weekly beef kill was 33,827.

The number of lambs killed last week was slightly down on the previous week at 49,126. The figure for ewe/ram slaughtering’s was also down at 9,126. Cumulative figures show this year’s total sheep kill at 2,114,190 which is running 9 per cent ahead of last year’s figures. 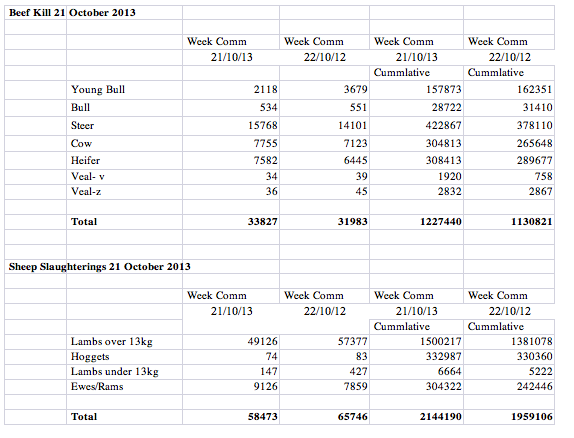 Statistics from the Department of Agriculture
Image O’Gorman Photography