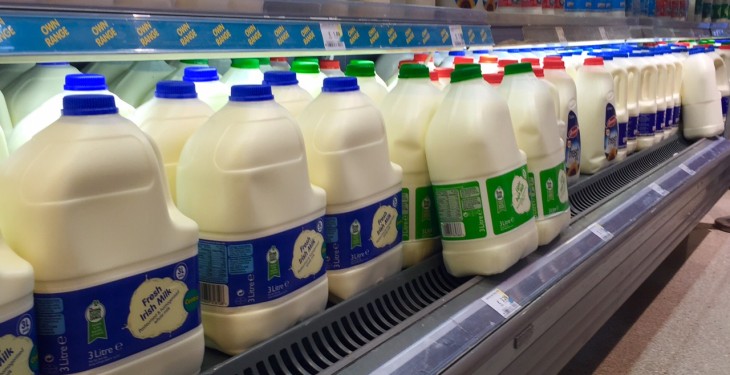 The volumes of milk moving across the border has increased massively in recent years with milk imports from Northern Ireland up.

Since 2010, CSO figures show that milk imports from Northern Ireland have grown by some 50% to well over 500m litres per annum in 2015.

While the CSO do not request details of the origin of this milk in its Milk Production Statistics Survey, it says almost 100% would be collected from farms in Northern Ireland who supply milk to processors south of the border. 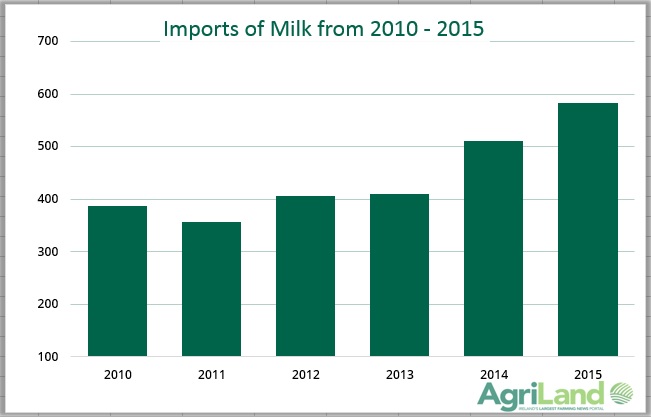 According to the Chairman of the National Agency, Denis Murphy the Republic of Ireland the milk imports figure is equivalent to the total milk consumption within the State.

“A very significant figure and something that we need to be concerned about,” Murphy said recently.

He outlined that since 1994, milk imports have grabbed an increasing share of the liquid milk market in particular and highlighted that about 25%, or one out of every four litres of milk consumed in the state is being imported from Northern Ireland.

Milk intake up in January

CSO figures also show that the domestic milk intake by Irish creameries and pasteurisers in January 2016 was up 19.5% on the corresponding month in 2015.