Workshop focus: What you need to know about your tractor’s battery 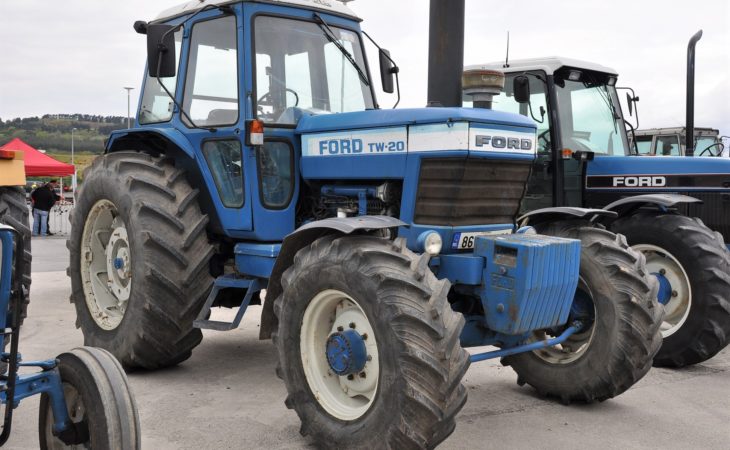 Following on from our recent article on alternators, we now look at the humble battery – homing in on what you need to know about this vital component.

Also Read: Workshop focus: What you need to know about your tractor’s alternator

Batteries were first developed experimentally in the late 18th century; practical, usable examples began to appear in the mid-1800s. These were typically used in the fields of experimental chemistry and early telegraph communications.

Such early batteries were not rechargeable; they consisted of a stack of copper and zinc discs – separated by a cloth soaked in salt water. As the battery discharged, the metal plates were eaten up and needed to be replaced – to ‘replenish‘ the battery.

Of course, more practical battery types have since been developed – including dry/wet designs, as well as rechargeable and single-use versions.

The typical battery found in most tractors is the rechargeable, lead-acid type. It has a series of cells – lead alloy plates separated by glass fibre or plastic and suspended in an electrolyte (sulphuric acid).

Each cell can produce 2.1V; a typical battery will contain six cells – producing a total of 12.6V (or thereabouts) when fully charged. 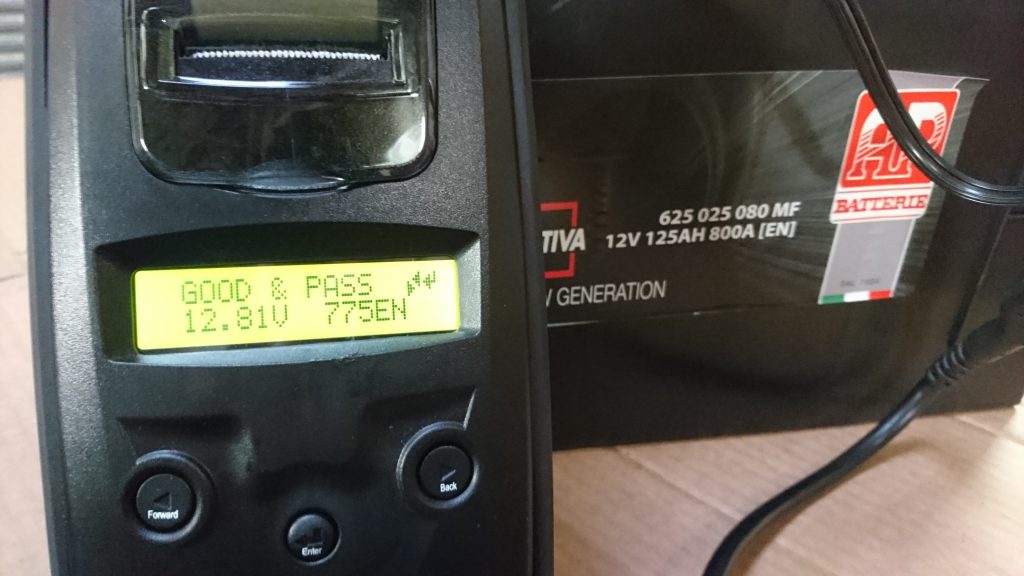 Variations on this design exist, such as gel or AGM (absorbed glass mat) type batteries. These use either gel or a glass fibre ‘sponge’ to hold the acid and prevent spillage. However, they may be limited to a lower peak power output (compared to batteries filled with ‘liquid’ electrolyte). 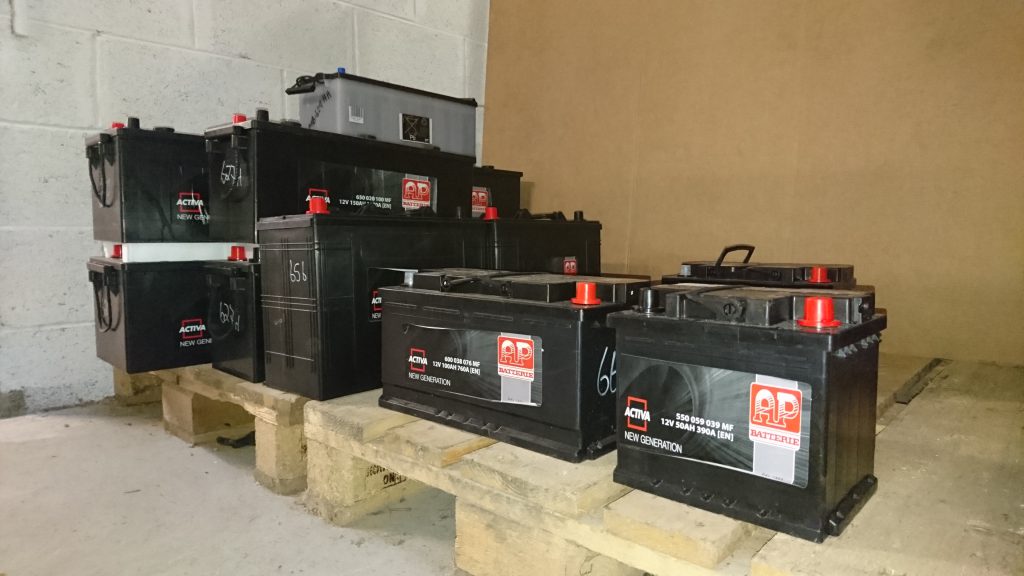 Apart from physical size, other factors differentiate batteries from one another. For example, the poles for the battery terminals can be at either end, at one end, standing above the battery height or flush with the top surface.

Also, post polarity can be different on two otherwise physically-identical batteries; this is often seen on vehicles fitted with twin batteries.

Some batteries are secured using clamps from the top; some use feet incorporated into the base – so take care when replacing like-for-like (to ensure that you get an appropriate ‘fit’).

What do the numbers mean? 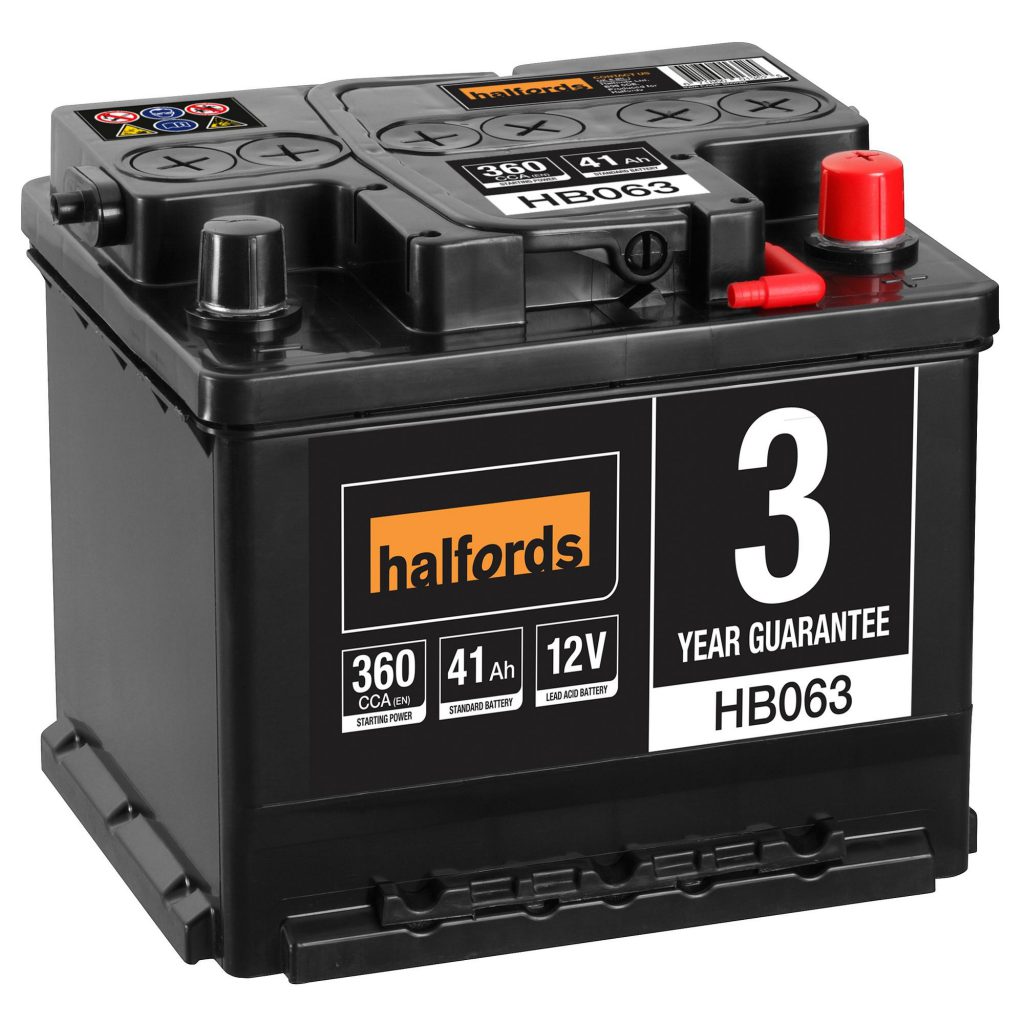 The amp-hour rating is a theoretical measure of battery capacity (or how much usable energy can actually be stored in a battery).

It, in a round-about way, indicates the number of hours a battery can supply a given current (at a usable voltage). For example, a 100Ah battery (@ 20 hours) could supply 5A of current for 20 hours.

Replacing like-for-like is advisable; buying a cheaper, low-capacity substitute may cause issues – especially when it comes to cold starting and long-term reliability.

Flattening or ‘deep cycling’ a starter battery can permanently damage it.

A typical battery is considered to be fully discharged if it drops to 10.5V. However, even letting it regularly drop below 12.1V can lead to permanent sulphation of the lead plates (inside the cells) – thus reducing potential output.

Advertisement
A large battery, used regularly, is your best bet. Because batteries self-discharge (albeit gradually) over time, regular use will keep them healthy.

In any case, ensure that the starting system of your tractor is in good order and that heater plugs or ‘thermostarts’ are operating correctly. This will go a long way to boosting battery life.

A typical tractor battery contains highly corrosive sulphuric acid, which can permanently damage your eyes; it can also burn your skin. It produces hydrogen gas while charging; in certain concentrations this can be explosive.

When connecting or disconnecting a battery charger, ensure the charger is turned off – the occurrence of sparks while connecting the clamps could ignite this volatile gas.

Similarly, jump leads must be used with care.

It used to be said that batteries should never be left on a concrete floor, as this would cause them to lose charge more quickly. This is not true; batteries will self-discharge over time – regardless of whether they are on such a surface.

Even so, older rubber-cased batteries can be damaged when shunted or pushed around on cement surfaces. However, the biggest risk to a modern battery is from stones or chippings puncturing the plastic base.

What tests can you do?

If you suspect a battery to be faulty, despite the voltage reading correctly, the battery may need testing. 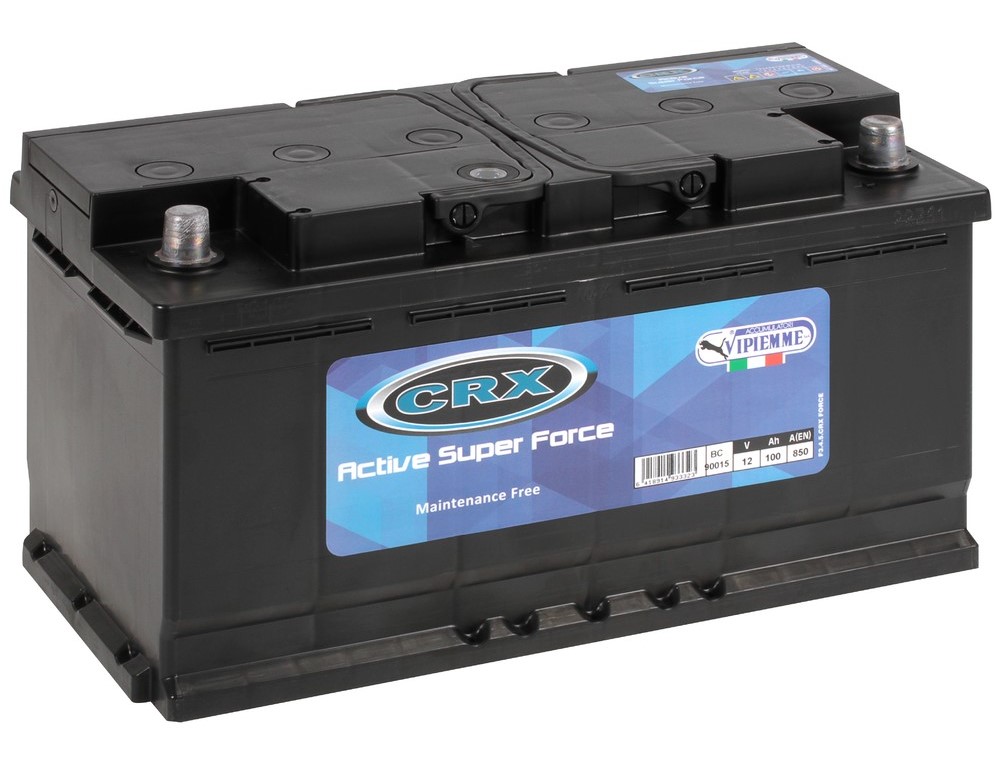 Battery testers are available as traditional analogue or modern digital types. Some battery retailers will check a ‘suspect’ battery free-of-charge.

Older analogue testers use a heating element to impose a load on a fully-charged battery. If the voltage drops suddenly, or a cell is seen to boil, this indicates a fault. Watch out; this is a potentially dangerous activity.

Digital testers can perform similar checks – without draining the battery. These may also be used to assess current capacity in older batteries (thus letting you know if a battery is past its best).

A hydrometer (pictured below) can be used to test lead-acid batteries. As the density of battery acid changes (based on its charge level), a hydrometer employs floats to check the density of the acid, thus indicating the charge (in each cell).

Some batteries are fitted with a so-called ‘magic-eye‘ (pictured below) – a built-in float tester that (typically) turns green when it’s fully charged. ‘Clear’ means that it needs to be charged; ‘red’ or ‘black’ indicates that it’s completely flat.

However, this should be regarded only as an indication of the battery’s status. A proper battery test is advisable – if in doubt.

How to charge a battery

Some chargers are less efficient than others; it can take 12-16 hours to fully charge a battery – ideally at room temperature.

Because a flat battery can freeze in cold weather, it’s worth ensuring that it is not frozen solid – before jump starting or charging.

Charge batteries in a well ventilated area. Sparks from a nearby welder or angle grinder, as well as smoking or exposure to naked flames, can cause batteries to explode.

Thanks to Clarke Machinery, Kells, for its assistance in producing this article. 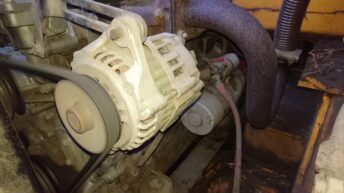