Video: Get a glimpse of behind the scenes at the Ploughing 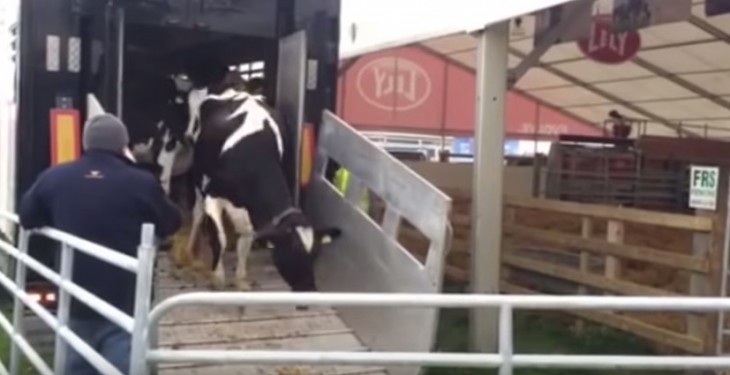 Lely brought the cows to the Ploughing site last Friday to get them ready for the three-day event where Lely will be showcasing its automatic milking robot.

Miriam made her annual journey to the Lely Forage Dairy hotel and was brought there by David Clarke Livestock who filmed the journey.

This behind the scenes video shows the transport of the cows to the 800ac site.

As you can see from the video, all is calm in Ratheniska before Europe’s largest outdoor event gets under way.

The cows are shown disembarking the truck and making their way into the tent where they are fed after their journey.

Miriam tweeted her arrival at the hotel and got some of the staff to take some pictures of her and the girls.

Since she’s arrived she’s been enjoying herself, having brunch on Saturday and she got to see the Dublin Kerry game.

They will be milked using Lely robots over the three-day event and Miriam will be tweeting from the event like she did last year.

The video shows the scale of the Ploughing, with other exhibitors getting set up for the biggest three days in the farming calendar.

The driver does a great job of manoeuvring around the tracks; no easy feat when you’re driving a livestock truck!

After the Ploughing, they’ll be picked up again by David Clarke Livestock again to be brought home.