Some 964 approvals for grants under the Targeted Agricultural Modernisation Scheme (TAMS) II – worth €11.79 million – expired at the end of 2018, the Minister for Agriculture, Food and the Marine Michael Creed has confirmed.

Responding to a parliamentary question from Fianna Fail spokesperson on agriculture Charlie McConalogue, the minister added that, at the same time, over 8,900 farmers had a TAMS II approval in place for which they had not yet submitted a payment claim.

The combined grant value of these is €171.9 million.

All of these approvals represent committed expenditure under the TAMS II measure of the Rural Development Programme 2014 – 2020, the minister said.

“Until such time as these approvals are acted upon or expire the budget for TAMS must include provision for the potential expenditure involved.

“All participants who have completed approved works are urged to submit their payment claims immediately to facilitate early payment,” Minister Creed added.

The county breakdown of applications and approvals was also given. 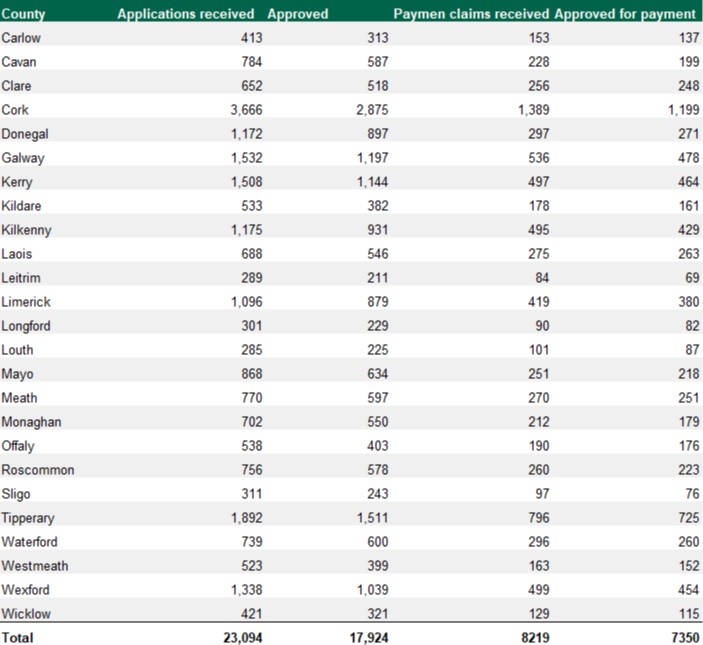 According to the minister, there is a budget in place of €395 million for the suite of seven measures available under TAMS II for the duration of the Rural Development Programme 2014-2020.

To date the expenditure amounts to €105.57 million. The scheme is co-funded under the European Agricultural Fund for Rural Development.