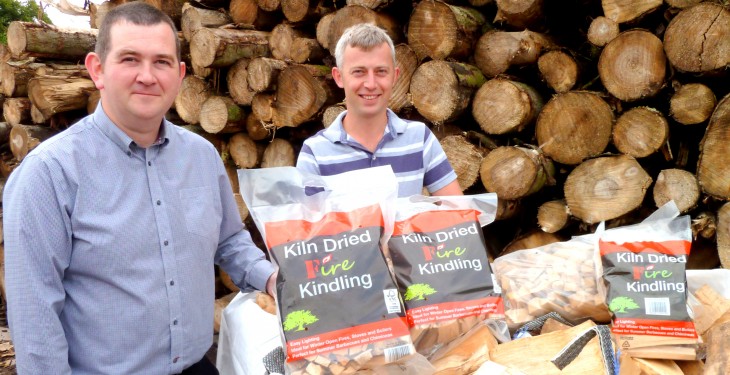 The View from Northern Ireland: Stepping Stone Timber Products is a farm diversification business established by the Armstrong family, close to Tempo in Co Fermanagh.

It is one of the largest processors of kiln dried firewood and kindling in the UK and Ireland. Recently, it has enjoyed a surge in demand as households revert to traditional renewable fuels as an alternative to oil and gas heating systems which are becoming increasingly expensive.

Recognising at an early stage the need for a quality renewable fuel, the company invested in the most efficient machinery and processes. The Armstrong’s have updated their factory to treble output capacity which is now in excess of two million kindling units per annum. Stepping Stone kindling and firewood products are FSC accredited and are sourced from approved forests within Ireland. This is an important consideration for national retailers who only want to stock environmentally sustainable products.

Armstrong stated the company has taken a long time to build up to the current level of business and his advice to farmers considering diversifying was to: “start small, using the resources at your disposal.” He also noted that the “business has enabled the family to continue living and working in the rural community which would not have been possible if they were solely dependent on farming”.

The business received SWARD farm diversification funding through the Northern Ireland Rural Development Programme 2007- 2013. This funding assisted with the purchase of an automated processor which feeds and saws logs prior to being split into kindling.