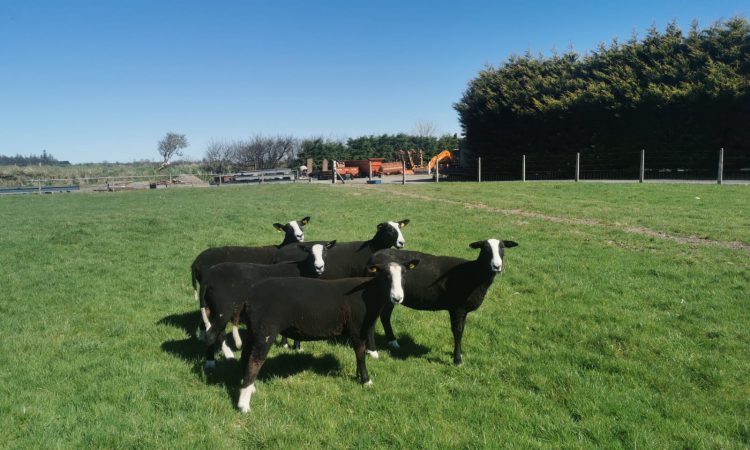 In this week’s Sheep Focus, AgriLand caught up with Michael Comer from Glenamaddy, Co. Galway.

Michael, who farms part-time, operates both a pedigree and commercial flock of ewes on 30ac of good-quality grassland.

Up until recently, the farm consisted of 50 Texel-cross ewes, with the best of the ewe lambs kept as replacements and the rest finished off-grass and sent to the factory.

However, two years ago, he made the decision to purchase two pedigree Zwartble ewes from two different breeders and he hasn’t looked back since.

The pedigree flock has steadily grown in size since then, while the commercial flock has been reduced significantly.

Speaking to AgriLand, Michael said: “I have always wanted to go down the route of pedigree breeding, so it was just a matter of time before I did.

“It made sense to become more specialised and focus more on quality rather than quantity – particularly as I don’t have much room to expand.” 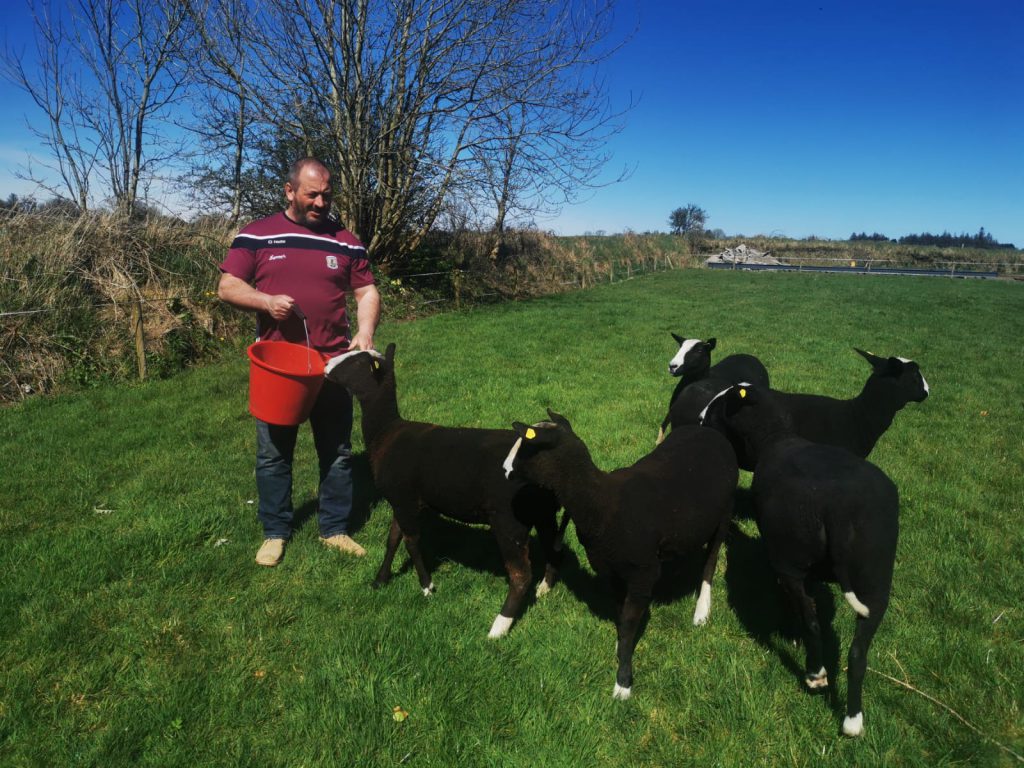 As mentioned above, Michael and his family have been breeding pedigree Zwartbles for the last two years.

Speaking about his reason behind choosing Zwartbles, Michael said: “I first came across the breed at a show and sale a few years back and ever since I have been drawn towards them.

I bought my first two pedigree ewes from two different breeders in Galway two years back and since then the flock has steadily grown in size.

“I’m very particular about what replacement ewe lambs that I keep, as I’m trying to breed the best possible sheep that I can.”

Michael believes that the Zwartble breed has a number of excellent characteristics.

The lambing season kicked off for Michael in late-January, with the majority of the pedigree and commercial flock lambing down in February.

The ewes scanned 2.1 lambs, which he was very happy with. Losses were at a minimal throughout the lambing period, with the majority of the flock rearing two or more lambs currently.

Speaking about the lambing season, Michael said: “All in all, I couldn’t be happier with how it went. The Zwartbles are quite prolific. I run my pedigree ram with the Texel-cross ewes as well and it seems to be working wonders. They scanned quite high as well.

“The only issue with lambing them early this year was that the weather was terrible, which made it hard to turn the ewes and their lambs out to grass sooner. Grass growth rates weren’t where they should have been either which made it that bit more difficult as well.

“However, over the last few weeks, we have seen an upturn in both the weather and growth rates – which was badly needed.” 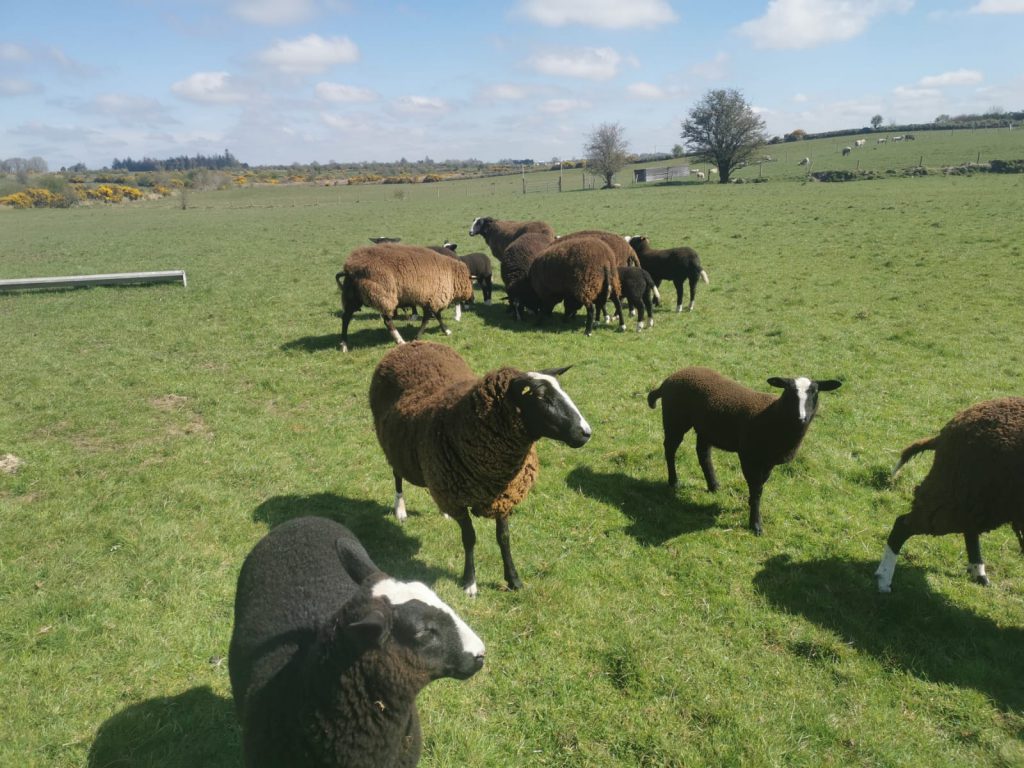 The two pedigree ewes that Michael started off with were in-lamb when he purchased them. Therefore, it wasn’t until the following year that he purchased his own pedigree ram.

As the commercial flock was dwindling in size, he made the decision to run the Zwartble ram with not only his pedigree flock but also his commercial ewes.

The lambs that resulted from this cross turned out very well according to Michael and he said that he has customers every year for the ewe lambs ever since.

He explained: “The ram lambs from the commercial flock are finished off-grass; however, in the case of the ewe lambs, they are sold off-farm to other commercial farmers.

“I have customers coming back to me every year for the Zwartble-cross ewe lambs, so, in the end, it turned out to be a good decision to let the pedigree ram run with the commercial ewes.”

In terms of the pedigree flock, Michael lambed down nine ewes this year. The plan is to keep one or two of this year’s ram lambs for the premier show and sale that is coming up later this summer.

The best of the ewe lambs will be kept as replacements. Next year, there will be 15 ewes and ewe hoggets put to the ram, according to Michael. 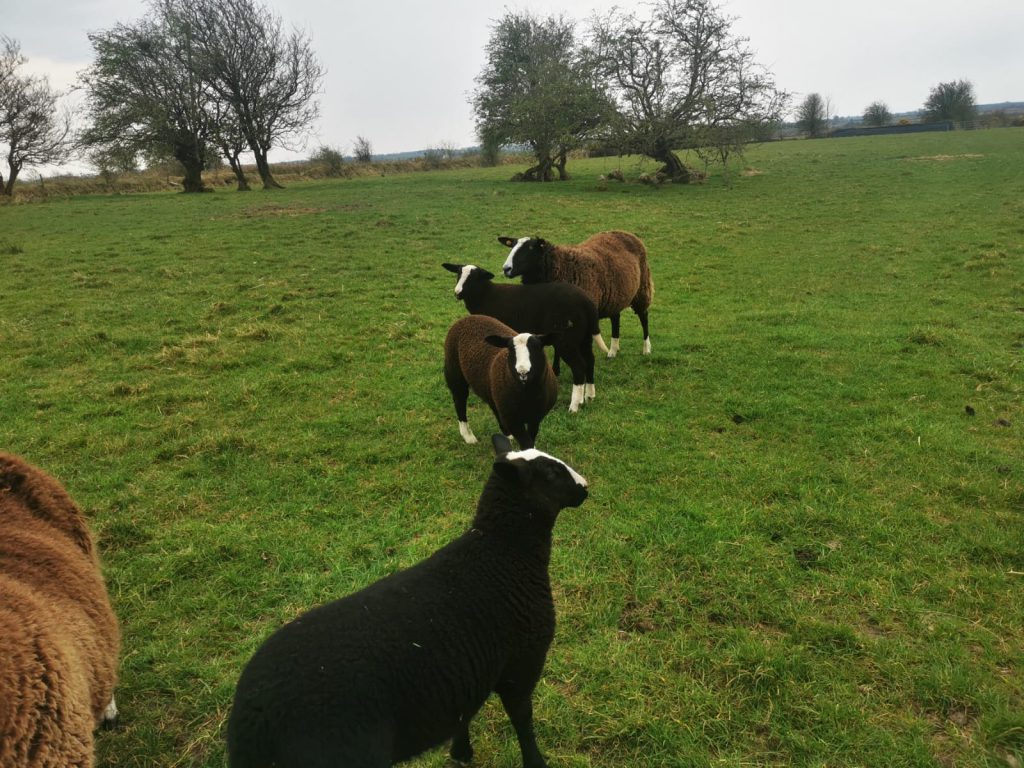 The recently formed Zwartble Éire Sheep Society – which Michael is the vice-chairman of – is due to hold its premier show and sale in three months’ time.

However, due to the coronavirus outbreak, he is uncertain whether or not it will go ahead in Roscommon on July 25.

He explained: “I was looking forward to the sale for a number of reasons. I had a few lambs picked out to bring to it and, also, just to get the chance to chat to other breeders and see the stock that they are producing.

The sale – if it goes ahead – will consist of over 100 sheep. On the day, we are expecting to have up on 50 pedigree ewe and ram lambs on offer as well having another 50 or so Zwartble-cross lambs.

“The society was only formed two years ago, so year-on-year we have seen an increase in the number of breeders joining – which has been great.

“So, if we can’t hold the sale in July, we would hope to reschedule and have it at a later date.”

Over the next year or two, Michael hopes to move up in ewe numbers – on the pedigree side of things.

He explained: “Before I changed systems, I had a flock of over 50 Texel-cross ewes. So the plan is to move up to about 25 pedigree Zwartble ewes and keep at the same number of commercial ewes which I have at the minute – which is 25.

I am trying to focus on quality more than quantity. Only the best ewe and ram lambs are kept for either breeding myself or to sell to other farmers.

“I work off-farm as well, so by the time I reach 50 ewes or so I will be happy to keep it at that and continue to produce good-quality stock.”

Thanks to Michael and Mary Jo (and all involved) for help in compiling this piece remotely (and for sending in pictures). Due to ongoing coronavirus (Covid-19) restrictions, on-farm visits are not possible at this time. 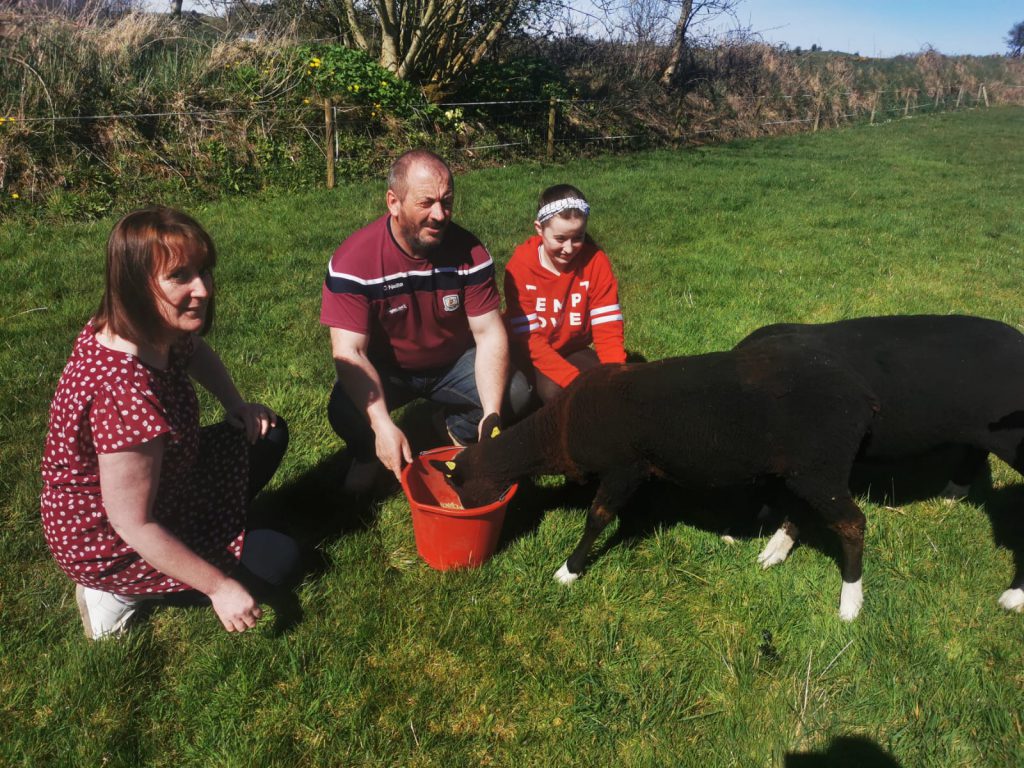 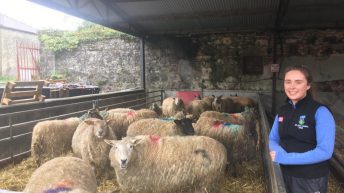