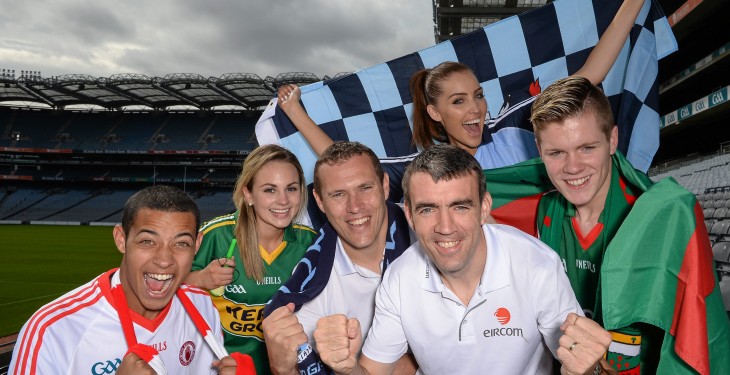 The GAA Football All-Ireland Senior Championship launched a new initiative allowing fans to tag and share pictures of themselves at Croke Park.

GAA Football FanPic will take a 360-degree photograph of the crowd at this year’s Semi-Finals and Final of the All-Ireland Football Championship.

FanPic is already used at major sports events worldwide and will allow GAA fans to find and tag themselves from 4pm the day after the game by logging on to www.experiencemore.ie/fanpic.

GAA fans can also participate in a “Find our GAA Stars”, game where they can spot one of Eircom’s GAA ambassadors in the crowd and answer a question to be in with a chance of winning VIP tickets to the International Rules series 2013 in Croke Park.

Uachtarán Chumann Lúthchleas Gael Liam Ó Néill, speaking at the launch of the initiative said: “On behalf of the GAA and the team at Croke Park, we are delighted that eircom, a proud sponsor of the GAA Football All-Ireland Senior Championship, is bringing FanPic to Croke Park.”

So roll up and get tagging, the All-Ireland football semi-finals kick off today.