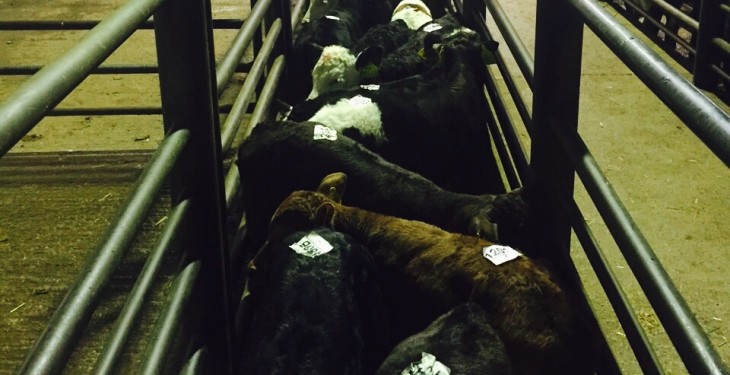 There has been more than 4,000 severe breaches of animal welfare regulations in British abattoirs over the past two years, data from the Food Standards Agency (FSA) in the UK shows.

The data, which is in the form of vet and hygiene inspector reports, found that British farm animals are subjected to needless pain and distress six times a day on average as they are slaughtered.

The reports were released to the Bureau of Investigative Journalism under a Freedom of Information request.

Instances of chickens being boiled alive and trucks of animals suffocating or freezing to death, were just some of the breaches of animal welfare regulations.

The report also revealed how regular breakdowns on production lines, equipment failures and poor procedures in abattoirs result in thousands of animals being subjected to avoidable suffering each year.

The Bureau found scores of individual acts of cruelty and neglect by slaughterhouse staff, hauliers and farmers are also documented, alongside malpractice that increases the risk of food poisoning.

Many animals are presented for slaughter in appalling condition, some emaciated or too weak to stand, others diseased or suffering from fractures and open wounds, it found.

Furthermore, failures in stunning procedures – which can result in animals regaining consciousness before being killed – were found to be commonplace.

Some 9,511 animal welfare breaches between July 2014 and June this year, were reported with records classified into three categories according to severity.

Category 2 refers to a low risk isolated incident, while category four, the most serious, means animals were subjected to “avoidable pain, distress or suffering.”

Analysis by the Bureau revealed that almost half the recorded incidents were category 4 breaches – a total of 4,455, an average of six a day.

Advertisement
Furthermore, it was found that a single breach can involve hundreds of animals.

The Bureau also reviewed data going back to April 2011 and welfare infractions reviewed included a cow being “violently slammed” against a wall following an argument between two workers and an abattoir worker beating three bulls with a wooden stick and electric prod.

Other infractions included a haulier hitting and kicking cattle during unloading, an incident which was caught on CCTV and many involved sheep being grabbed by the wool and ears or dragged by the horns, or pigs being lifted by their ears and tails.

Responding to the findings, Neil Parish, Chairman of the Commons Select Committee for Environment, Food and Rural Affairs, called for the government to crack down on cruelty at abattoirs.

The revelation that an average of six serious welfare breaches happened each day was “shocking”, he told the Bureau.

There is no place for animal cruelty at any stage of farm production – including the slaughterhouse.

“This country prides itself as having some of the highest animal welfare standards in the world. It’s vital the authorities crack down on any abuses and ensure there is zero tolerance to any mistreatment of animals when slaughtered.”

Speaking to the Bureau, Marc Cooper of the RSPCA, said the fact that serious welfare breaches were the exception not the norm was not the point.

“Such incidences of severe pain, distress and suffering are wholly unacceptable and completely avoidable.

“If they’re avoidable, that means they shouldn’t be happening at all – you shouldn’t be seeing one. You would hope that strong enforcement action would be taken.” 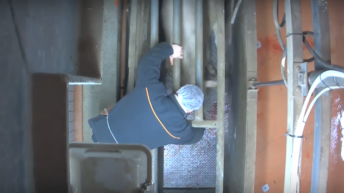 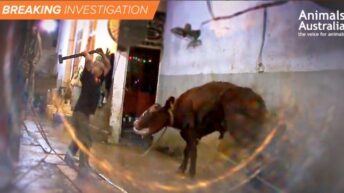 Anger in Australia as exported cattle sledgehammered to death in Vietnam