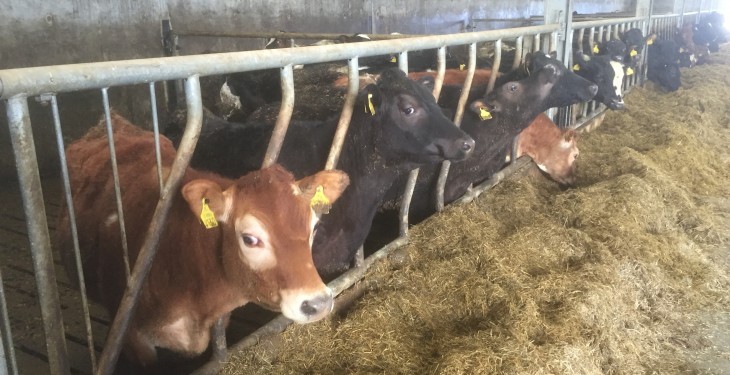 Ireland and France have switched positions on the EU heifer price league table this month, with France sitting in sixth place and Ireland slipping to eighth, according to the Livestock and Meat Commission (LMC).

The EU average paid for R3 heifers was 373c/kg for the week ending October 16.

Ireland still comes in above this average by 1c/kg with the current price for R3 heifers in Ireland standing at 374c/kg, the figures show. This represents a drop of 11.1c/kg in prices paid since the week ending September 18.

Meanwhile, the the price paid in Northern Ireland for R3 heifers was the equivalent of 374.7c/kg, a drop of 27.3c/kg.

While this drop is almost the same as in Britain, Northern Ireland started from a lower base which means the price paid for R3 heifers in the North is now only 1.7c/kg above the EU average.

The price differential between the North and the Republic of Ireland now stands at 0.7c/kg.

However, much larger price differences can be seen in both Britain and Northern Ireland where it appears that the drop in value of Sterling is having an impact on prices.

This drop has almost halved the difference between the price paid for R3 heifers in Britain and the EU average which now stands at 25.8c/kg.

The impact of these price drops means that Britain and the North have dropped to fourth and seventh place respectively, according to the LMC.

Beef prices around the country continue to fall with heifers losing as much as 5c/kg in value last week.

At the same time marts nationwide are seeing good demand for weanling heifers with prices being quoted anywhere between 210c/kg and 260c/kg depending on individual marts.

Much of this demand is driven by a heightened awareness of impending live exports to Turkey.