Has Northern Ireland one too many lobby groups? 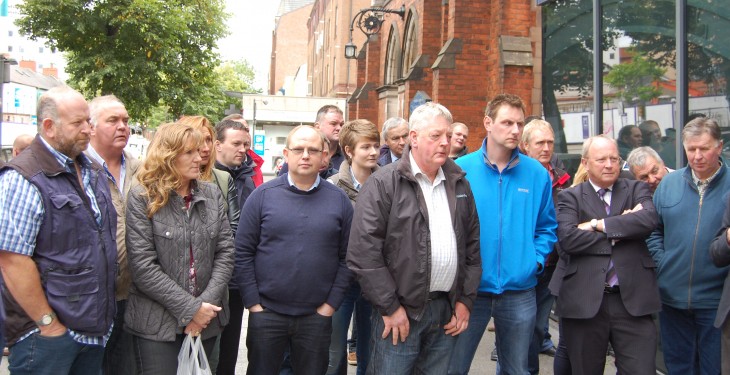 United we stand: divided we fall is an old adage – but a true one. And it strikes a particular chord at the present time, given the recent history of farm protest in Northern Ireland.

The last number of weeks have seen the emergence of a new farm lobby organisation – Fair Price Farming Northern Ireland.

Claiming a membership that now extends to the hundreds, the new group has been to the fore in bringing farmers out on to the streets, protesting outside supermarkets and, most recently, demonstrating in significant numbers at the door of the European Commission Office in Belfast.

All of this activity has severely annoyed the hierarchy of the Ulster Farmers’ Union, which believes that demonstrating in this way runs the risk of upsetting members of the general public, whose custom the farming and food sectors are very dependent on.

In response to this accusation, the leading members of Fair Price Farming claim that it was their initiative and resolve that brought ASDA, a key supermarket player in the north, to commit to a 28p/L (38c/L) purchase price on all liquid milk sold in their retail outlets.

And, in truth, they are absolutely right in making this point. A war of words between both farm groupings, much of it carried out in the public domain, has since ensued.

All of the leading members within the new grouping claim membership of the Ulster Farmers Union, yet assert that they will remain in place as a long term lobby organisation, irrespective of what comes out of Brussels as a support package for dairy over the coming days.

But the reality remains that Northern Ireland is a very small place. Farming industry leaders there find it hard enough to make their voice heard in Brussels without having that influence further fragmented by spits and schisms.

Throw into the mix the current political instability at Stormont and it’s hard not to conclude that the Union and Fair Price Farming should get together in the very near future and sort out their differences.