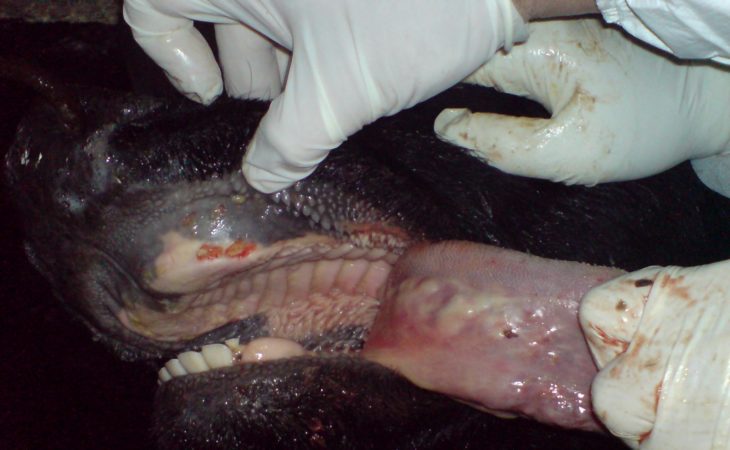 Officials will gather at the Animal and Plant Health Agency (APHA) offices in Weybridge working together to run the first phase of a national Foot and Mouth Disease simulation exercise called ‘Exercise Blackthorn’.

While the risk of Foot and Mouth Disease arriving in the UK remains low, the aim of Exercise Blackthorn is to test all current government contingency plans for a national outbreak of the disease.

It will establish the current state of readiness whilst identifying issues and improvements in policies, plans, instructions, structures and recovery procedures employed in managing an outbreak.

The exercise will simulate a medium to large scale outbreak that has spread from England to Wales, Scotland and Northern Ireland.

In the first simulation exercise, the scenario commences with the suspicion of foot and mouth disease emerging.

Exercise Blackthorn will end on June 7, 2018 in a final table-top exercise, where the simulated outbreak will be investigated to the point of disease eradication and recovery aspects considered.

Establishing the current state of readiness

Northern Ireland’s chief veterinary officer Robert Huey said: “Having robust and effective contingency plans are crucial to containing and managing the spread of an outbreak of Foot and Mouth Disease.

“The effectiveness of our plans must be fully tested so we can establish our current state of readiness for such an outbreak. A national exercise, such as Exercise Blackthorn, provides the opportunity to share good practice with other administrations in the UK – sharing knowledge and agreeing lessons to improve our response and effectiveness.”

The EU Foot and Mouth Disease (FMD) Directive requires member states to exercise their contingency plans twice within a five-year period or during the five years after the outbreak of a major epizootic disease has been effectively controlled and eradicated.

An exercise evaluation report will be published in autumn 2018.

In 2001, a major Foot and Mouth outbreak virtually shut down the UK’s agricultural sector with several major public gatherings – including sporting events and agricultural shows – cancelled and many public walkways closed. Balmoral Show was among the cancelled events in 2001.

The outbreak was first detected in an abattoir in Essex but spread throughout the British Isles. During the 2001 outbreak just one case was ever discovered in Ireland; at a farm in Proleek, Co. Louth.

In 2007, the last known incident of Foot and Mouth in the UK, was thought to have been caused by an outbreak from a lab in Surrey. A total of four sites were infected but the disease was quickly controlled.