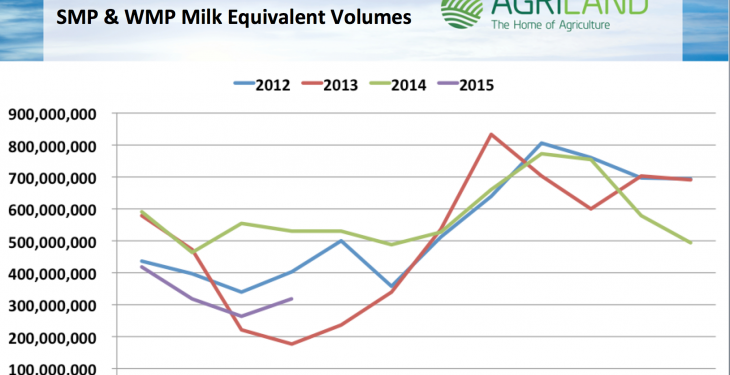 We talk about Global Dairy Trade (GDT) auctions a lot in Ireland – maybe it is because of the failure to provide timely milk pricing information for dairy farmers in Europe?

The majority of the product sold on the platform constitutes Whole Milk Power (WMP), and Skim Milk Powder (SMP). When you approximate the associated product tonnage sold into a milk equivalent volume, it becomes apparent that the GDT auction accounts for <2% of global milk production.

However, this figure needs to be balanced with the argument that the world’s largest dairy commodity exporter, Fonterra, also provides the largest volume of product for sale from its dairy farmers through this trading channel.

In fact, GDT auctions remain predominately a Fonterra platform to sell product. Based on available figures, Fonterra product may account for up to 90% of GDT sales values.

The Kiwi dairy giant states; “one-third of Fonterra’s sales are made through GDT auctions. That’s about $3.2 billion USA / year”. During the last calendar year, approximately US$3.6 of dairy products was sold through GDT.

Fonterra not only utilise GDT auctions as a key sales channel, it also incorporates GDT sales statistics into its milk-pricing models. In its most recent annual milk price statement, the company highlights: “For WMP, SMP, and AMF, which comprised 91% of revenue in the 2014 Farmgate Milk Price, all prices were sourced from GDT.”

It is also worth noting from the graph below that there has been a significant drop in the milk equivalent output sold through GDT in recent months. This fact adds to industry worries.

Does the continuous fall of GDT prices in recent months coupled with lower sale volumes, point to a deeper lack of appetite in the dairy commodity market place?

To put this in perspective, when you look at the approximate SMP and WMP milk equivalent volumes sold for auction between December 2014 and April 2015, compared with the corresponding period the previous year, it equates to approximately 1.2 billion litres less milk sold through this auction platform during this six-month period. This is equivalent to over one-fifth of Ireland’s milk pool.

Which brings us back to Europe. Every month across the EU, co-operatives and dairy processors are obliged by law to provide information on milk prices and volumes. Yet, by the time this information is compiled and disseminated into the public domain for dairy farmers it is often old news.

Dairy farmers in the EU produce a fifth of the world’s milk pool. Indeed, the available technology exists to help provide both farmers and dairy processors with necessary information within a time frame where such data can be used to make actionable decisions.

The future of profitable dairy farming is intrinsically linked to knowledge and information. With ever growing volatility in the market place, it would serve European dairy farmers and co-operatives well to have access to up-to-date market information. 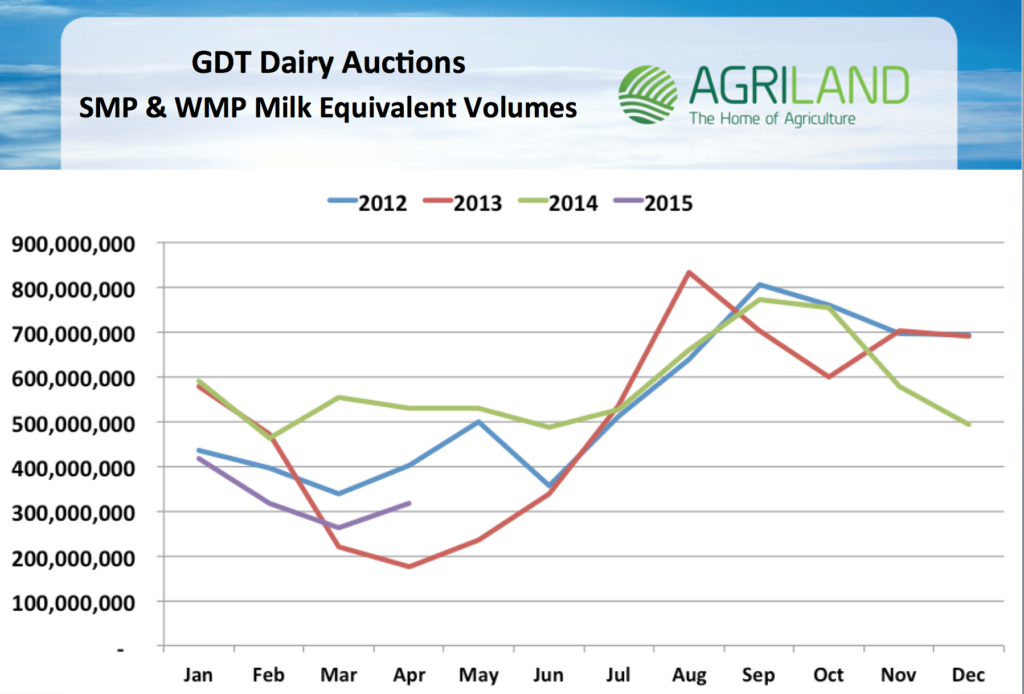