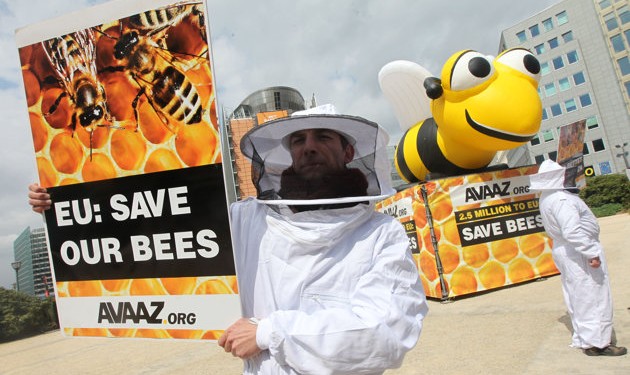 From December the use of three bee-harming pesticides will be restricted.

The EU Commission plans to restrict use of certain neonicotinoid pesticides for two years starting on 1 December 2013. The restriction follows a long campaign by environmentalists who blame the use of these products for falling bee populations.

Neonicotinoid chemicals in pesticides are believed to harm bees and the European Commission said they should be restricted to crops not attractive to bees and other pollinators. But many farmers and crop experts argue that there is insufficient data.

Fifteen countries voted in favour of a ban – not enough to form a qualified majority. According to EU rules the Commission will now have the option to impose a two-year restriction on neonicotinoids – and Ireland cannot opt out.

Ireland did not support a ban – it said the  science behind the proposal was inconclusive. It was among eight countries that voted against, while four abstained.

Wild species such as honey bees are said by researchers to be responsible for pollinating around one-third of the world’s crop production.

There is heated debate about what has triggered the widespread decline in bee populations. Besides chemicals, many experts point to the parasitic varroa mite, viruses that attack bees and neglect of hives.