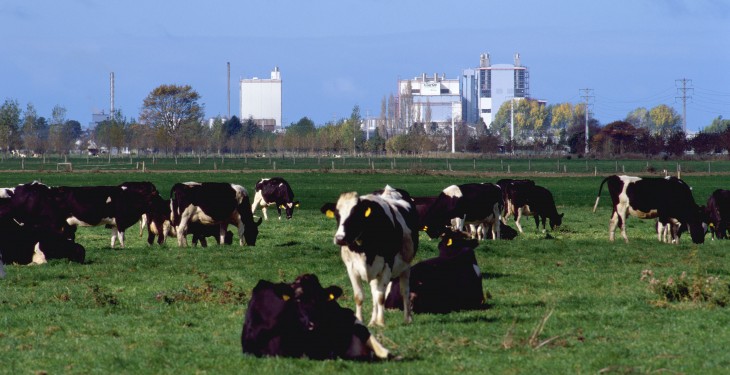 South Island New Zealand dairy farmers are coming under extreme pressures in recent months due to a prolonged period of dry weather.

Although irrigation is common on most of these south island plains, Eddie Phelan, a UCD agriculture student, currently working on a dairy unit in Canterbury, says that they had to start pumping water a month earlier this season, in September as opposed to October.

“This prolonged dry spell has no foreseeable end, and farm output across the Canterbury region of New Zealand is suffering as a result,” Eddie said.

“The latest setback is the fact that Dam Opua is drying up, with this being the main supply for irrigated farms in the area, irrigation is now being severely restricted to control this rapidly depleting resource.”

On the farm where Eddie is based, 10 cubic metres of water (10,000L) is required per cow per day for irrigation alone, and as a result the volumes are far too large to transport, other than via the restricted pipe network.

These limitations on farm level in New Zealand are having severe short and long term impacts. Levels of concentrate feeding are creeping up rapidly to stretch remaining grass reserves, with up to 5kg of palm kernel being fed on some units, and silage also being purchased at $100 per bale.

In the medium- to long-term future, this drought is likely to have a severe impact on next spring, with building grass covers for the new season impossible in current conditions. With no housing facilities on many of the dairy units, spring grass is vital in all systems to drive production and minimise costs for coming season and this is a growing worry for many local farmers Eddie explains.

Drying off cows early is one of the options being considered to reduce water and grass demand, and as bought in feed levels increase, the margin for profit, already small in this low payout season, will slide further.

Fonterra have reported a 6.6% decrease in milk volume intake on this time last year, with predictions being made if the drought continues, world markets are likely to react to tightening supplies.

The national Government is refusing to declare a drought on the island, as intervention would have to be undertaken in that scenario, Eddie said.