The Carbery Group has set its price for milk supplied in the month of September.

The group has decided to hold its price of 30.35c/L including VAT, excluding a 1c/L support from the Carbery Stability Fund.

This price offering will be replicated across the four co-ops in the group, a statement said.

These include Bandon, Barryroe, Lisavaird and Drinagh.

A number of other co-ops have already revealed their offerings to suppliers for September milk.

Dairygold announced a slight increase for its milk price yesterday.

Based on standard constituents of 3.3% protein and 3.6% butterfat, the co-op will pay 29.19c/L including VAT and bonuses.

This is an increase of 0.5c/L on the August milk price, Dairygold confirmed.

Last week, Glanbia announced that it will pay its member milk suppliers 29c/L including VAT for September manufacturing milk supplies at 3.6% butterfat and 3.3% protein.

Glanbia Ireland will pay a base milk price for September of 28c/L including VAT, for manufacturing milk at 3.6% fat and 3.3% protein. This is unchanged from the August base price.

Finally, Lakeland Dairies announced its decision to hold its current price for September. 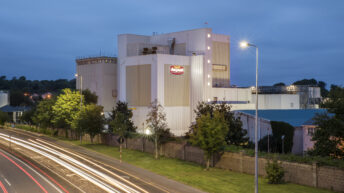