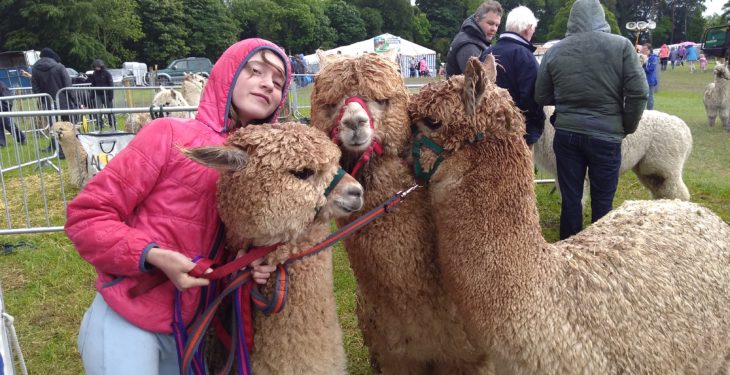 There is huge demand in this country for alpacas, which are very docile animals, according to Paul MacDonnell of Hushabye Farm Alpacas.

MacDonnell’s venture was established eight years ago at the foothills of the Slieve Bloom Mountains, near the village of Killeigh, on the Offaly/Laois border.

Originally from Ballygar, Co. Galway, where his father had a beef farm, MacDonnell now runs a 30ac holding, with alpacas taking centrestage. “With an area behind the house fit for grazing, I wanted something a little extraordinary in terms of livestock to keep the grass in check,” he said.

Enter a herd of alpacas, which he sourced from the south of England. “They arrived in Killeigh much to the amusement of family, friends and neighbours,” MacDonnell said.

The holding, like the herd of alpacas, has grown organically. “I had a couple of acres with the site on which I built our house. Once the first alpacas arrived, I realised I might need a bit more land. As the years went by, various parcels of land, all adjacent to the house, came up for sale,” the farmer said.

“As I acquired them, the herd was able to expand. You can stock alpacas at a rate of six to eight per acre, so they are ideally suited to smallholdings. It’s people with this amount of land I find mostly coming to visit Hushabye Farm Alpacas; small holders with 10-40ac, looking to get a return from their land, with an interest in diversity,” MacDonnell said.

“Throughout the last eight years, over 100 alpacas have come and gone. We have established ourselves as one of the premier breeders of alpacas on the island of Ireland. We pride ourselves on breeding for quality, and providing hands-on after-sales back-up to our fellow alpaca breeders,” he said.

“While still in its infancy, the national herd in Ireland is growing year-on-year, and currently stands at approximately 1,500,” McDonnell, who chairs the fledgling Alpaca Association of Ireland, said.

As an organisation, it hopes to develop the alpaca industry in Ireland over the next decade into a vibrant, indigenous fibre-based market for all things alpaca. “For now, though, the emphasis is on breeding top quality alpaca with all the traits sought after by the mills – density, fineness, crimp and length of staple.”

As well as offering starter herds, MacDonnell has expanded the enterprise to include luxury alpaca bedding, available online, and which will be on offer soon in the on-farm shop.

He also offers self-catering accommodation in The [email protected] Farm and ‘the alpaca experience’, where people can engage with the herd to learn about alpaca farming. They can also trek with alpacas in the Slieve Bloom Mountains – an experience that MacDonnell said is like no other.

The future for alpaca farming is bright in Ireland and, with the support we offer for new breeders, it’s a relatively easy transition into a new, vibrant alternative to traditional farming here.

“Alpacas are also ideally suited to people not from farming backgrounds as they are very hardy; very easy to handle; have a wonderful temperament; and, of course, are very attractive to see in any paddock,” MacDonnell said.

“They are primarily bred for their luxurious fleece which we export to Wales and Scotland for processing. We have a range of bedding, pillows and quilts that we have made every year for sale. Long-term, I hope to expand the Irish alpaca fleece market into a full range of products, all processed here in Ireland.

“While we sell a lot of alpacas as high-end breeding stock, the excessive males we produce are also sold as fibre producers and flock guards as they are very good at protecting sheep and poultry from foxes. They will, in fact, kill foxes. They are also sought after for their lawn-mowing ability and as pets.

“We hope to get as many people set up with their own herds as soon as possible. We are in a position to offer a great back-up to new breeders now in Ireland; something that I didn’t really have access to at the time I started,” MacDonnell said.

The Alpaca Association aims to have all alpacas in the country on its registry by the end of 2018. “As a group, we can then all move forward together. We have a co-operative type set-up, and pool our resources to help everyone.

“We host workshops for members and offer discounts from various suppliers. We also have a fleece collection annually for people with only small numbers which we ship, en-masse, to the UK,” MacDonnell concluded. 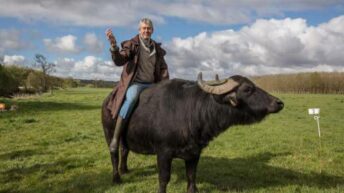