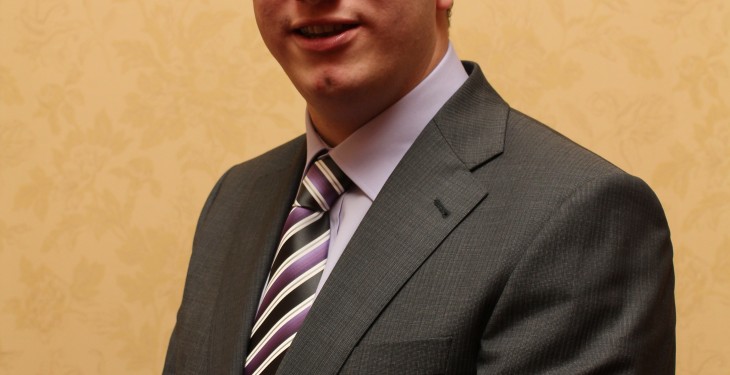 The challenges facing young people attempting to enter the agriculture sector can be overcome. This is according to the CEJA, European Council of Young Farmers, which represents more than two million farmers across Europe.

“It is not a lack of willing young people which poses a threat to the future of European rural areas considering the high levels of youth unemployment and the increasing demand for high-quality, safe and diverse food, but the barriers to entry into the farming sector that pose a problem for young people attempting to start or takeover a farm,” it outlined in its latest policy document, the Helsinki Declaration, published this afternoon.

In particular, the document calls for a vote of confidence for young farmers to support generational renewal in EU agriculture.

Speaking to AgriLand, CEJA vice-president, Irishman Alan Jagoe, outlined many of the barriers faced by young farmers to entry into the farming sector.

These consist of access to land, access to credit, low return on high investments in first years of business, which should be seen in a longer-term, low-profit share in the food chain, lack of predictability and price volatility, he said.

These barriers can and must be overcome – whether a young person is starting a farm, taking over the business from their parents or setting up in collaboration, he stressed.

“The world’s population is seven billion and by 2050 that is expected to grow to nine billion. We will need to feed more people with less farmers and this needs to change,” he added.

CEJA has now set out recommendations to combat this, which will shortly be submitted to the European Commission, the European Council and in time the newly elected European Parliament.

According to CEJA, when taking over a family farm, it is essential that tools are there to ensure the full transition of ownership of the enterprise, both on and off paper, thereby giving the young farmer the space to make the necessary decisions of the development and everyday management of the rural enterprise.

“This transition should happen earlier rather than later considering the average head of a holding is over 55 years in the EU and young people have proven themselves to be more productive, profitable and competitive than their parents,” it advises.

According to Jagoe, most importantly, financial support needs to be available in order to enable the transition at all. Buying out parents and siblings requires access to capital and investments require access to credit, particularly in the context of a need for technological innovation or modernisation of the farm, he said.

In terms of Ireland’s current farming tax review, which is under way, the CEJA vice-president said positive changes in land mobility, land access incentives and inheritance tax for young farmers would be proactive.

Meanwhile, the policy areas supported by CEJA include positive financial resources for young farmers in terms of capital and credit for access to land, machinery and so on. It is also calling for free-of-charge advice for young farmers in the areas of succession brokers and legal services.

Of note in terms of succession, it said: “The emotional cost of having to initiate the conversation of ‘succession’ between a family can be difficult and the subject can be a problematic to broach for farming families. This can be aided by professional ‘succession brokers’ who facilitate the necessary discussion between family members on the subject, both emotionally and legally.”

In conclusion, CEJA is calling on all stakeholders, both political and apolitical, to give young farmers their support in order to raise their profile in politics and society, and to shape agricultural policy to encourage and facilitate a succession environment.

“It should be kept in mind that it is crucial that such farm takeovers constitute genuine transfers of the business, ensuring that young farmers take over farms in terms of full and legal long-term control and the related business decisions which need to be taken. This would enhance profitability and productivity of such enterprises and secure real generational renewal in the sector,” it added.