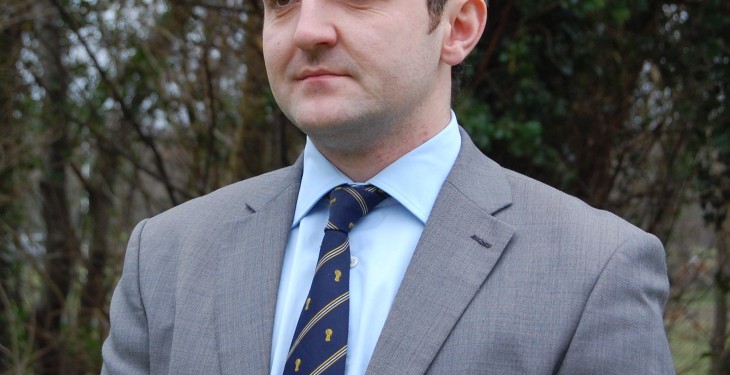 Young Farmers Clubs of Ulster (YFCU) President Martyn Blair has told AgriLand that the implementation of the new CAP Reform package, due to be introduced next year, will represent a tremendous opportunity for young farmers throughout Ireland.

“The average age of a farmer at the present time is 58 years. By common consent this is far too old. The new CAP measures will provide significantly enhanced levels of support for young farmers who are appointed head of holding. Hopefully, this new support option  will help kick start the introduction of those other measures that are required to help make succession a much more straightforward process for farming families right across Northern Ireland,” he said, at last night’s Northern Ireland Grain Trade Association Annual Dinner in Belfast.

The YFCU President went on to point out that his organisation is totally committed to ensuring that the best possible package of support measures is secured for young farmers. “We represent the voice of thousands of young people, who are actively involved in farming,” he further explained.

“We take our role as a stakeholder group extremely seriously and want to build on this for the future. Over the past number of weeks, we have met Department of Agriculture officials at the very highest level to discuss a number of fundamentally important points within the new CAP measures.

“For example, we see no reason why the establishment of a partnership between a father and son, let’s say, should not meet the eligibility criteria contained within the proposed CAP measures, which refers to the term ‘head of holding only’. We have also discussed the absolute necessity for those young farmers who already hold the title ‘head of holding’ to be made eligible for the new support measures. The provision of training resources to allow young farmers secure the qualifications they need to avail of the new support measures is another issue that we have discussed with officilas.”

Martyn Blair was then asked the question:  what is the most suitable age for a young person to become had of holding within a family farm business? He replied:

“Every farm business is different. However, it is important that the young people concerned should have demonstrated their commitment to the farm over a number of years. Maturity of decision making is also a key factor. And I don’t think those criteria can be met until people are, for the most part, in their mid-20’s. In my own case, I attended University, got my degree and then came home to farm full time. At that stage my father and I set up the business as a partnership between us.”