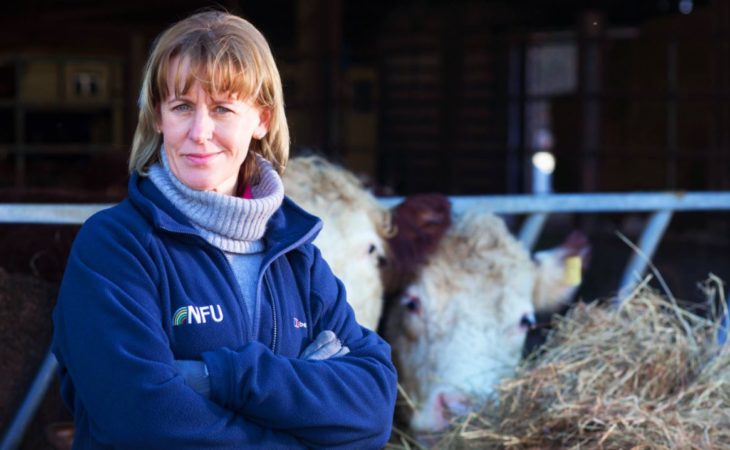 The appointment of the first female president of the National Farmers Union (NFU) has been welcomed by some of Ireland’s leading advocates for women in agriculture.

Minette Batters, a beef farmer from Wiltshire, is the first woman to lead the NFU in its 110-year history.

She takes over from Meurig Raymond, who has held the post for the last four years. Batters’s only opponent in the race, Guy Smith, will become deputy president.

“Men and women have been farming together for millennia,” she said.

Michael Gove, the UK’s Secretary of State for Environment, Food and Rural Affairs has also celebrated the election.

Huge congratulations to Minette Batters @barford100, the first female NFU president and a brilliant successor to Meurig Raymond. She takes the helm at an immensely important time and I look forward to working together to shape a future that delivers for our farmers.

The vibrant rise of females to positions of prominence within the agri industry has been undeniable in Ireland in recent years.

Within a relatively short space of time four women in farming groups have been established nationwide aimed at giving females involved in agriculture and rural life a greater voice and greater representation; as well as promoting social networks and boosting self-confidence.

Advertisement
In the last few weeks, five women have been appointed as county chairs of the Irish Farmers’ Association (IFA).

Meanwhile, Ceres – a new women in agri-business network aimed at inspiring another generation of role models within the industry – was launched in Dublin last November.

Imelda Walsh, a dairy farmer from Ballywilliam, who was elected as the new chair of North Tipperary IFA last December described Minette Batters’s appointment at the NFU as “phenomenal”.

“I’m thrilled about the news; but, not surprised. She is hugely capable and she thinks outside the box. It’s clear to me that gender is no longer a barrier to reaching the highest heights within an organisation.

Although she believes that Irish farm organisations are “catching up” on the debate; she noted that once change happens, things progress quickly.

The speed at which things are changing in Ireland is quite impressive. Women have always been hugely involved in farming; but, it’s about giving them the self-belief and the courage to take up positions in a public way.

“Once they see one woman doing it, then they say ‘I can do it too’. And it’s not just in agriculture – across the board women are breaking through the glass ceiling. It’s like a mini-revolution.

“When there is gender balance you will get better productivity, better results and a more rounded view,” she said.

Lorna Sixsmith, well-known farming author and founding member of the South East Women in Farming Group, reiterated that the appointment of Batters illustrates that there is “no gender divide”.

“It’s not about gender anymore; it’s about having the right person for the job. The IFA have appointed five women as chairs; so who’s knows – in the future a woman could be president of IFA, the ICMSA or the ICSA.

“It is a wonderful development; but, just like Minette said, I look forward to a time when such stories are not making headline news,” concluded Sixsmith. 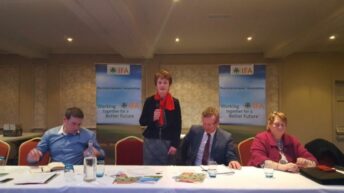 Women continue to stamp their mark on the IFA 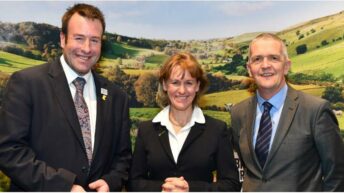