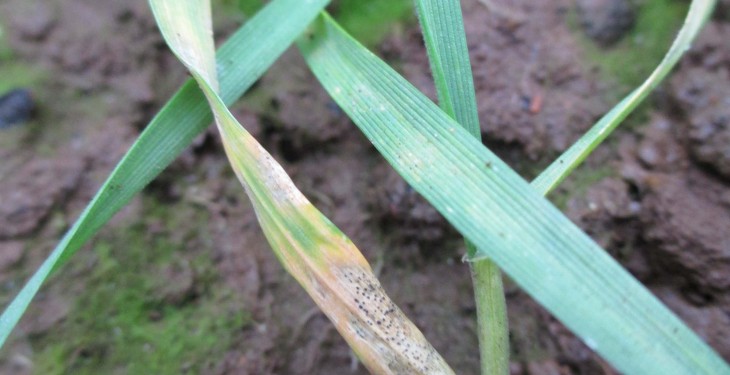 “Crops are progressing quickly and should all have received their first nitrogen (N) applications by now.” This is according to Robin Bolton of CAFRE.

According to Bolton: “Winter barley crops and forward winter wheat crops will require their main N applications as soon as possible (growth stage 30-32) if not already applied. If sulphur has not been applied this should be applied now.”

He added: “Where organic manures have been applied, particularly during the spring, these may have supplied some of this requirement and should be taken into account. Also apply any remaining potash requirement now as uptake of N is linked to potash availability and a shortage of potash can result in reduced N use efficiency.”

Bolton commented: “Most crops were treated with autumn residual herbicides but should still be inspected for any broad-leaved weed emergence and these can be treated as soon as conditions allow.”

“Wild oats, which are still a notifiable weed and can impact on Single Farm Payment eligibility, should also be controlled when they are actively growing. It is important to ensure as many spring germinating wild oat plants have emerged before application. However ensure herbicides are applied before the latest application timing on the relevant product labels. Also with many wild oat products there are restrictions on sequences with herbicides and growth regulators so ensure these are met to prevent crop damage.”

In relation to disease control he said: “With crops being better tillered than last year a lot of yield potential exists but this also increases the risk of disease. Early sown crops already have high levels of disease.”

Bolton advised: “Most winter barley crops should have received their first T1 fungicide by now. If a T1 fungicide has not been applied, and the crop did not receive a T0 fungicide, rates need to be kept relatively high to help control infection in the crop.”

He continued: “The next main timing for fungicide application is the T2 which should be applied around growth stage 39. Fungicide options are similar to T1 sprays and again rates depend on disease levels at the time of spraying. For winter wheat some crops have received T0 fungicide sprays by now.”

“Where fungicide has not been applied at T0, the T1 fungicide application will be critical to get on top of Septoria control. Apply around growth stage 32 or ideally leaf three emerging. For the T1 use robust rates of Triazole, for example, Ignite or Proline mixed with an SDHI.”