Will wind turbines negatively impact on the price of your property? 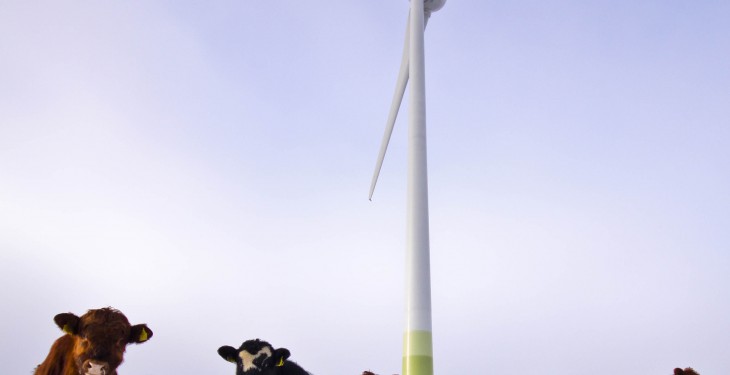 Research from around the world has shown that wind turbines don’t negatively impact on property prices, according to the Irish Wind Energy Association.

In addition, a recent nationwide survey by Ipsos MRBI carried out in February showed that 70% of people are directly in favour of wind energy in Ireland, with only 10% opposed. It is understood support for wind energy was consistent across the country in both rural and urban areas.

“Here in Ireland, some house sales adverts have even highlighted the positive views over nearby wind turbines as a positive selling point,” Brian Dawson, IWEA Communications Manager, told Agriland.

He added that research carried out in the UK in March 2014 found that wind farms have no negative impact on the prices of property within a 5km radius of wind turbines, and can even push-up house prices in some areas, according to an analysis of 82,000 transactions over the past two decades.

“A 2013 report by US researchers supported by the U.S. Department of Energy found no evidence that wind turbines have negative effects on nearby property values or home sales,” Dawson said.

“The study, which involved assembling the largest-ever dataset for research of this type, examined more than 122,000 home sales in Massachusetts over a number of years within five miles of the current or future location of wind turbines.”

Two Sides Of The Same Coin

Today, there are just over 200 wind farms in Ireland with a capacity of 2,436MW: enough capacity to power the equivalent of 1.6m Irish homes.

Ireland’s wind energy dates from the country’s first wind farm, which was established in Mayo in 1992.

The latest figures from EirGrid show that to meet our EU renewable energy targets Ireland will need up to 4,100MW of wind energy by 2020.

“The reality is that Irish renewable energy and reductions in agricultural emissions are two sides of the same coin in meeting our EU and international obligations as well as cutting our massive 85% dependency on foreign energy imports,” Dawson said.

“Wind energy and other types of renewable energy are contributing direct investment and jobs to the rural communities who have often the ones who have not felt the recovery.”

IWEA says wind energy employs about 3,400 people across the country, bringing income to Irish families as well as benefits directly to neighbouring communities.

“In order to develop renewable electricity to meet our 2020 EU targets we expect Irish landowners to benefit from an approximate €100m investment,” Dawson said.

“Beyond 2020 we expect Ireland’s renewable energy potential to continue to grow with wind energy at the forefront as the best value Irish renewable option for Ireland.”