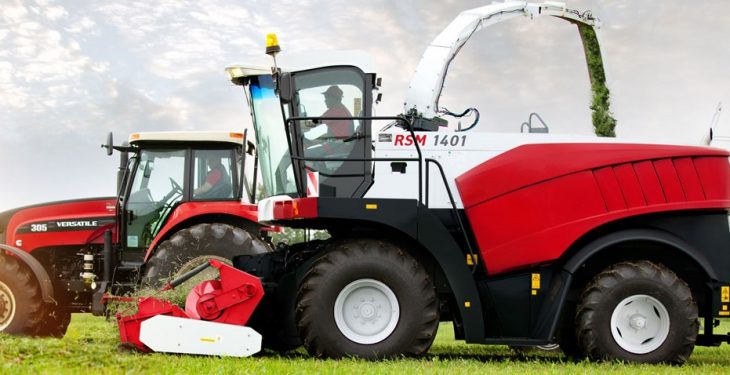 Claas, John Deere, Krone and New Holland are probably the brand-names that most readily spring to mind, when people here in Ireland think of self-propelled forage harvesters. However, there are other manufacturers of such machines – some of which are practically unknown here. One such company is Rostselmash.

Since taking over Versatile – a Canadian-based manufacturer – back in 2007, Rostselmash is now badging some of its machines as ‘Versatile’ harvesters. This has led to increasing sales in the western world, especially North America and parts of Europe. It is already knocking on the UK’s door; are we next?

The agent for Rostselmash, or Versatile if you prefer, in the UK is JPM Agricultural (Machinery) of Lincolnshire. Speaking to Agriland, a company spokesperson said: “We’ve sold several of the new-generation, Canadian-built Versatile tractors, which are part of Rostselmash’s product dossier.

“We have eight Versatile DeltaTrack tractors out on farms. These are high-horsepower, rubber-tracked machines with power outputs from 450hp to 550hp. For the buyer there is a big saving compared to, say, an equivalent John Deere.

“We’ve also sold a (260hp) rigid-frame, front-wheel-steer Versatile 260 – to a farmer in Norfolk. We expect to sell plenty of these in the years to come. That model also has potential for sales in Ireland. 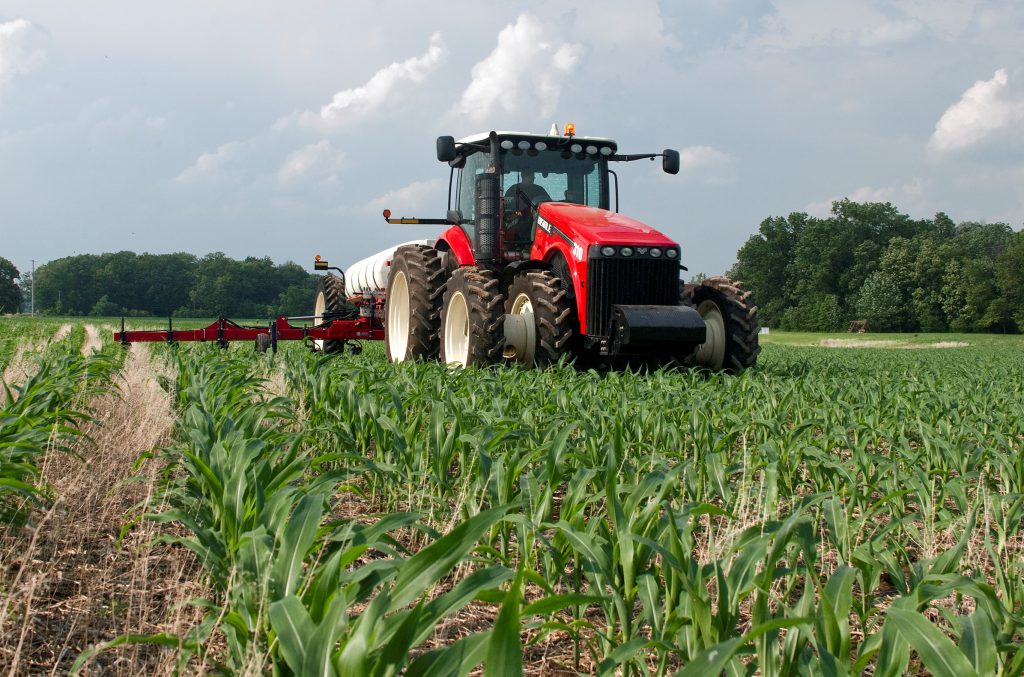 “We also do a good trade in used Case IH Quadtrac models; we’ve built up a good working knowledge of these machines.”

He added: “We’ve had a Versatile combine over here on trial; it’s really a Russian-built Rostselmash machine. It performed very well and there’s a big saving to be had, compared to brands that are already established in this part of the world. They sell a lot of them in Russia; it’s a big market. For example, the sales representative mentioned that they sold 100 units in a single deal to a huge farming company there.

“We haven’t had a Versatile (Rostselmash) forager over here yet, though we have begun to price them for people.”

Who or what is Rostselmash?

Rostselmash’s origins go back to the late 1920s; its first products were basic implements, including ploughs.

During the Second World War, thousands of the company’s workforce went to fight, and were replaced at machine tools by their wives, sisters and children. The workshops were quickly directed to help in the war effort, churning out military hardware rather than harvesters. The city of Rostov was eventually freed in 1943. Alas, Rostselmash’s factory lay in ruins following heavy fighting and bombing.

By 1947, the company was back in the harvester business – producing the new ‘Stalinets-6’ model. The factory was properly refurbished soon after, allowing the firm to produce over 7,000 machines that year.

In the mid 1950s, the company decided to focus solely on grain harvesters. Ploughs and other implements were dropped from the line-up. By 1961, the company had produced 100,000 of its new SK-3 self-propelled harvesters.

Following its 50th anniversary in 1979, Rostselmash started to design the new ‘Don’ family of harvesters. This would prove to have a major impact on the company; during the late 1980s several other new machines were launched, including the Don 680 forage harvester and the Don 2600 rotary combine. The company had produced its 2,000,000th harvesting machine by 1984. 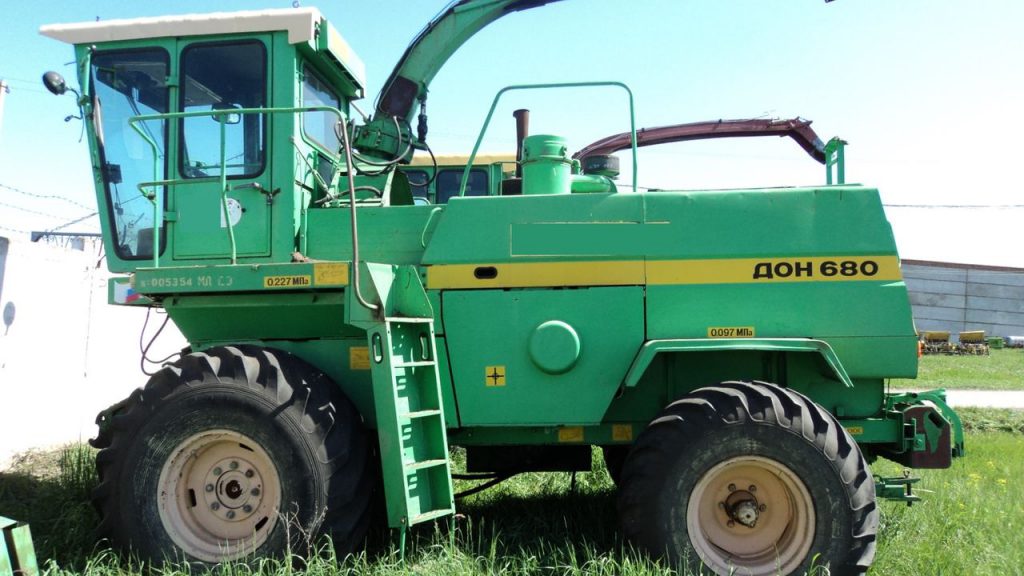 Following broader trends across Russia, in the early 1990s the company morphed from a state-owned entity into a Public Limited Company – owned by the staff and management.

The all-new – and surprisingly modern-looking – Vector combine harvester appeared in 2004. It was notable in that the grain tank had moved forward – sandwiched between the cab and engine (as had become the trend amongst western manufacturers).

The 2005 SIMA show in Paris ushered in a new rotary design. This was followed, in 2007, by the launch of the new Acros 530 combine. 2009 saw the introduction of the RSM 1401 forage harvester, plus a self-propelled mower.

Versatile, a division of Buhler Industries at the time of the Rostselmash deal, launched its first tractor in 1966. The D100 was the first in a long line of articulated models. The brand was synonymous with high-horsepower, pivot-steer machines, which were most at home on the vast prairies of North America. 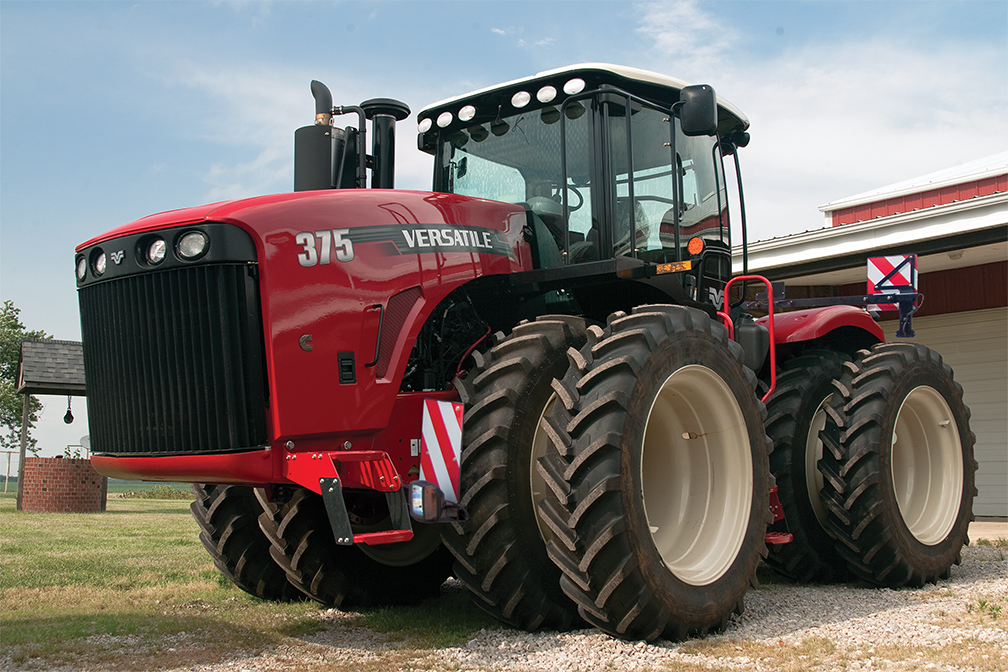 The origins of Versatile actually stretched back 20 years earlier. It started building farm equipment in Ontario in 1945, starting with grain augers and expanding into swathers, harrows and pull-type sprayers. The company relocated to Winnipeg, Manitoba in 1952.

The company was sold to Ford New Holland in 1987; two years later its tractors were being sold under the Ford badge in markets such as Europe. Irish farmers might well be familiar with the Ford / New Holland 70 (Genesis) Series launched in 1993; these tractors were built in the Canadian (‘Versatile’) factory.

In 2000, the Versatile name disappeared – to be replaced by the Buhler brand-name. This reflected yet another change in ownership for the Canadian firm. Following the Rostselmash take-over in 2007, the Versatile name was revived – for countries in which the Russian’s own brand would have little or no traction. 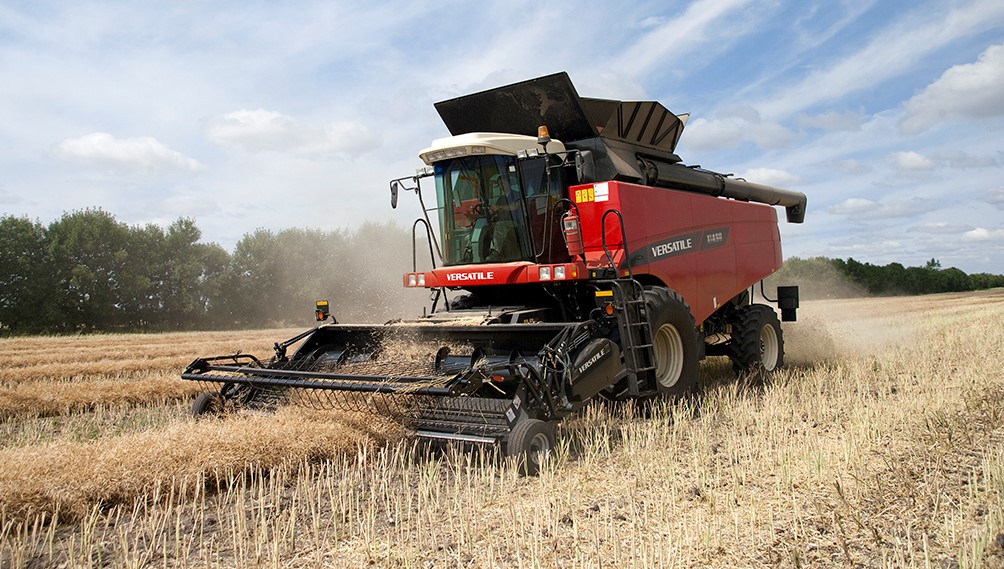 Versatile is still based in Winnipeg, Manitoba to this day; its factory covers almost 700,000ft². Meanwhile, back in Russia, Rostselmash continues to grow – with its sights set on countries dotted all over the globe. 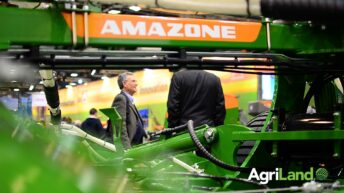