Why volatility in agriculture is no longer a cliché 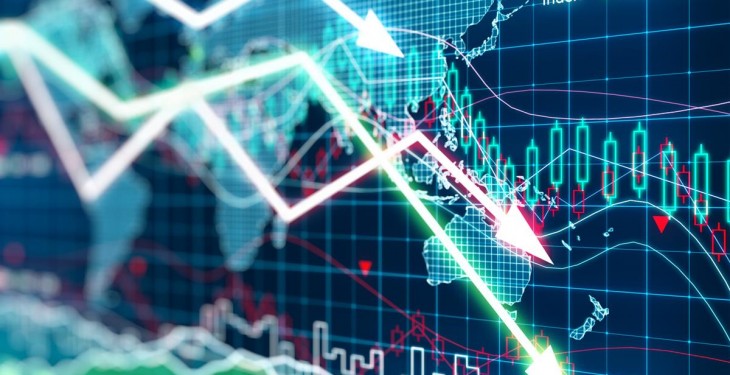 Thus far 2016 has clearly demonstrated that volatility in the agriculture sector can no longer be labelled a cliché by farmers.

At this year’s Ploughing Championships Bank of Ireland’s Agricultural Team will be on hand to shed some light on how volatility is affecting farm businesses right across the country.

The team will be highlighting how Ireland’s exposure to worldwide markets also brings with it exposure to the ups and downs of world prices.

While much has been made of Ireland’s ability in recent years to substantially increase our exports of food and drink products, Irish agriculture is now heavily dependent on exports. Over 90% of our beef and over 80% of our dairy produce is now exported.

For many farmers volatility was the buzz word for a number of years leading up to the removal of milk quotas in 2015, but it has become a stark reality since then.

Milk price volatility has been a key feature of world dairy markets since 2007. But it has been increasing. Dairy markets have grown increasingly volatile, with product price swings of 10% seen during the 1990s, up to current day price fluctuations of 50%. 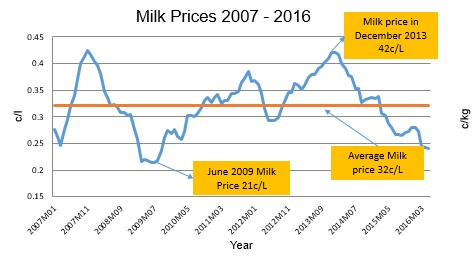 While the end of quotas may not have directly impacted on milk prices, the increase in milk production across Europe has been blamed for an oversupply of milk worldwide, which coincided with reduced dairy purchasing from China and a Russian ban on EU foodstuffs.

These three issues caused in many ways the perfect storm for dairy farmers over the past 12 months and they have been left exposed to world prices and volatility in a manner that they were not subject to previously.

Other farming sectors in Ireland have not been sheltered from price volatility. The Dowling Report on the Irish beef sector states that it operates within the context of a wider economic and trade environment, to which market dynamics in Ireland, as the largest surplus producer in the EU, are inextricably linked. 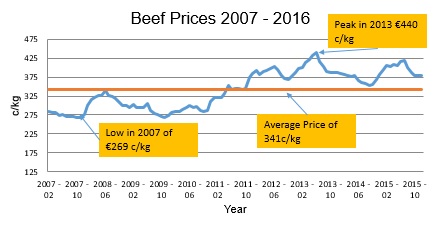 Dowling cited factors such as currency fluctuations, weather, and the substitution impact of cheaper sources of protein as significant. Ongoing trade negotiations, such as TTIP and Mercusor, while are beyond the control of farmers have the potential to have a significant impact on already volatile beef prices.

As an example in 2014, increased EU cattle supplies impacted on Irish beef prices, which fell to €3.74/kg dropping below the EU average.

Similarly, the tillage sector has been exposed to the vagaries of international grain markets for many years. Ireland is a deficit market for cereals and, as such, is greatly affected by world prices and supplies.

This reality was brought into focus this year again with bumper harvests in the US and South America impacting greatly on Irish grain prices.

The impact of Brexit on the Irish beef price remains to be seen, but initial indications are that with Ireland heavily reliant on the UK market, the fall in the value of Sterling is putting pressure on prices, while future trade deals could hit all sectors of Irish agriculture.

For further information on how volatility could be affecting your farm visit the Bank of Ireland stand at Block 2, Row 11, Stand 267

Sponsored by Bank of Ireland