Why is early vigour important in winter oilseed rape? 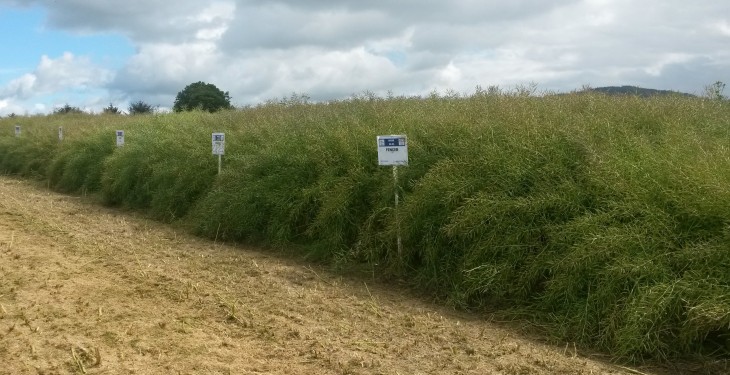 Early vigour will become increasingly important in future winter oilseed rape crops, according to Brian O’Connor of the Department of Agriculture.

Speaking at the Irish Seed Trade Association open day at Kildalton recently, he said that farmers must focus on crops that establish quickly to reduce the risk posed by the flea beetle.

They must place more emphasis on early emergence and early vigour in oilseed rape, he said.

“The ban on neonicotinoids has made early vigour an important factor, the crop must get ahead of the flea beetle, and it is something farmers must take note of in the future.”

He also advised tillage farmers to avoid making assumptions on a variety until a three-year average is available.

“A note of caution should be taken on the 2014 results as it was an exceptional year for crop growth and the three year average should be considered.”

The Department of Agriculture currently has 18 varieties of winter oilseed rape on trial at five locations.

“There are 14 hybrids, two conventional and two hybrid semi-dwarfs currently on trial at the minute. Ten of these varieties are new this year.”

Three oilseed rape varieties are currently on the recommended list. These are Compass, Flash and Sensation. There are two candidate varieties this year, these are Harper and Arabella, he said.

“Harper is on its third year on trial with us and is a candidate variety. However, it needs a good yield this year to be realistically considered for full recommendation.”

Arabella is also a candidate variety, he said.

“Arabella is a good looking and performing variety and has a relative seed yield of 104% of the control.”

Seamus Kearney of the Department of Agriculture added that even though Flash is a hybrid and has been on the recommended list since 2009 it is not suitable for later sowing and is one of the slower-developing hybrids. This may have a negative impact considering the ban on neonicotinoids, he said.

“Flash is a proven variety, and has been on the recommended list since 2009. However, even though it is a hybrid it is one of the slower developing hybrids.”

Seamus Kearney also spoke about the yield penalties that occur when farmers deviate from a four-year rotation.

Farmers can expect to lose 3% of yield when they move to a three-year rotation.

A yield loss of 6% occurs when a two-year gap is allowed between oilseed rape crops.

If farmers use a wheat-rape, wheat-rape rotation they can expect a yield loss of 12% said Kearney.