The Ornua Purchase Price Index (PPI), a monthly indicator of market returns on dairy products, fell by 3.2 points in June.

This is down from 98.5 points in May, which was also down marginally from April (98.9 points).

Compared to June 2014, the PPI index is down from 121.5 points when global stocks were replenished, Ornua says.

This latest PPI shows that the market has generated a return 4.7% below the average for the base year (2010). 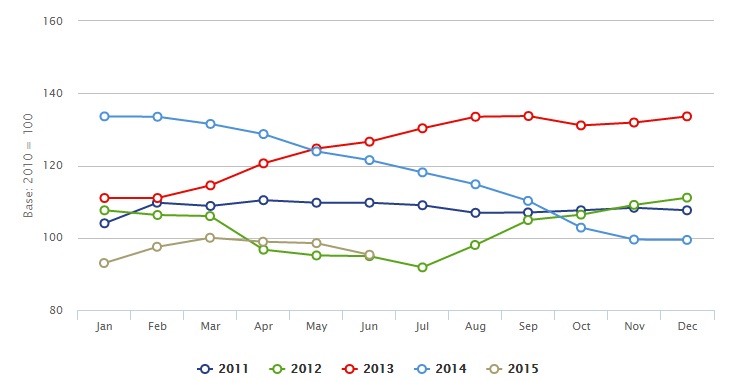 Pat McCormack, Deputy President and Chairperson of ICMSA’s Dairy Committee, said that Ornua confirmed that their May PPI index of 98.5 returned a milk price equivalent to in excess of 29c/Lat farm level and that this, moreover, was based on a processing cost believed to be relatively high given the significant efficiencies that all processors have made and highlighted over the last number of years.

The Ornua figures, McCormack said, call into fundamental question the repeated assurances that milk processors are returning the maximum possible milk price to farmers and they certainly seem to indicate that the suggestion that Co-ops are supporting or cross-subsidising milk price at levels below 29c/L is simply not correct.

“The market returned a price in excess of 29c/L for May – that is simply a fact”, he said.

Earlier this month the Global Dairy Trade took another tumble, this time for the eighth consecutive time.

It had been hoped at the last auction, two weeks ago, that the Global Dairy Trade might be beginning to stabilise, but the July 1 drop will end that speculation.

Has the dairy market finally adjusted to Russian ban?