What factors affected the performance of sheepmeat, beef and live exports in 2020? 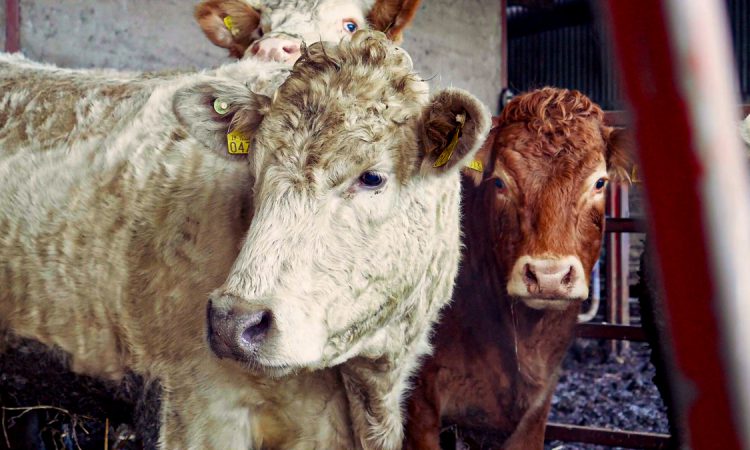 Joe Burke, senior sector manager for Meat and Livestock at Bord Bia, examines the factors affecting the performance of beef, sheepmeat and live exports in 2020.

Across the major meat sectors, the market environment remains challenged by several key factors, especially Covid-19 and Brexit, along with economic difficulties and falling consumption rates across Europe.

The most recent forecasts by the EU Commission suggest that GDP will fall by 8.3% this year across the EU-27. More positively, there are projections for a 5.8% recovery for 2021.

Globally, economies are collectively predicted to contract by 4.5% this year, according to the OECD. There is of course widespread variation between different markets. For example, China is likely to record economic growth of 1.8% for the year, while in the highly developed economies of the UK, France and Italy, GDP is forecast to decline by between 9.5% and 10.5%.

In general, the value of Irish meat exports did not decline as significantly as was feared during the initial fallout from the Covid-19 pandemic in Q1 (January to March) and early Q2 (April to June).

Across Europe, the dramatic fall-off in foodservice, which impacted particularly on the more premium cuts, was partly compensated-for by increased consumer purchases at retail level, along with lower meat production and fewer imports during this period.

The value of primary beef products, which represent the vast majority of this trade, recorded a 7% decline during the first seven months of 2020, compared with the previous year, to €1.05 billion, according to the latest data available from the CSO.

During this period, Irish cattle supplies were also running 2.5% below 2019 levels. The statistics reveal a fall in trade to both the UK and continental Europe, alongside significant growth in exports to non-EU markets, including the Philippines, Hong Kong and the US.

Unfortunately, Irish beef exports to China remain suspended since May, although significant efforts are being made by the Department of Agriculture, Food and the Marine to reopen this promising market.

Finished cattle prices for the year to-date are marginally behind the same period in 2019. Average carcase prices dropped sharply in Ireland during March and April, as similar declines were recorded in the UK and continental Europe.

There was a considerable recovery during the early summer, helped by the partial reopening of the foodservice sector. The latest price price paid for Irish R3 steers (week ending October 4) stood at €3.62/kg (excluding VAT), which represents an improvement of €0.20/kg compared with the same week last year.

Cattle throughput at export meat plants has increased since the summer months. Overall supplies for the year-to-date have been 49,000 head higher than last year. For the remainder of 2020, availability is expected to be considerably lower than the same period in 2019. Therefore, annual production is likely to be very similar to 2019 at approximately 1.75 million head.

For 2021, the latest data from the Department of Agriculture, Food and the Marine’s AIM database indicates that prime cattle availability will tighten somewhat, mainly on account of the 55,000 head increase in live exports last year (2019).

Live exports this year were significantly impacted by lower demand for calves in the spring, as the EU veal sector struggled with the lack of foodservice demand as a result of the Covid-19 pandemic.

However, over recent months the decline in calf exports has been offset by higher exports of older cattle to Northern Ireland, Europe and international markets.

There has been a particularly strong trade to Northern Ireland, in comparison with recent years. Some 46,300 head of cattle have been sent north so far this year, which is almost double the equivalent figure for 2019. Live exports to international markets have increased by 10%, with markets such as Libya, Turkey and Algeria accounting for the majority of exports.

It has been a more positive year for Irish sheepmeat exports, which benefited from reduced competition across European markets from both southern hemisphere and UK supplies.

The value of Irish sheepmeat exports stood at €202 million for the first seven months of 2020, according to the CSO. This represented a 9% increase in comparison with the previous year. Looking ahead to 2021, the sheepmeat sector is least likely to be negatively impacted in the event of a no-deal Brexit.

Back in spring, the convergence of Easter and Ramadan religious festivals provided a springboard for Irish lamb demand, at a time when demand for other red meats were in decline. Prices increased as a result, and that trend has continued, with average sheepmeat prices for year-to-date nearly 40c/kg higher above 2019 levels.

Throughput at Irish sheepmeat processing plants for year-to-date are 6% or 123,000 head above the equivalent period in 2019, with a 9% increase in spring lamb production contributing to this increase. The increase in Irish supply over the summer months did not result in a negative impact on prices, on account of robust lamb demand within Ireland and across key export markets.

EU sheepmeat imports from international markets such as Australia and New Zealand have fallen by 17%, as these countries look to capitalise on the current meat-protein deficit in China as a result of African swine fever (ASF).

Along with the decline in UK sheepmeat exports to Europe, this has improved the prospects for Irish lamb for the remainder of 2020, with exports to markets such as France, Germany and Belgium all performing strongly.