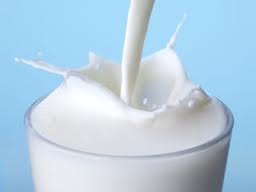 A firm representing a number of Wexford milk producers farmers has written to all shareholders at Wexford Creamery advising them not to sign any 15-year milk supply agreements with Glanbia.

Speaking to AgriLand, Richard Rea, director of Martin & Rea Agricultural Consultants, said it understands that two other parties are interested in purchasing Wexford Creameries other than Glanbia and pending clarification of these new developments it is advising shareholders not to sign any 15-year milk supply agreement.

“The deal with Glanbia is not a done deal,” he said. “It is only a done deal if its gets Competition Authority approval, if more than 50 per cent of shareholders sign new milk supply contracts and if it secures 60 per cent of milk volume. And now two other parties are interested in buying Wexford Creamery. Strahroy Dairies has declared an interest, along with another party who does not want to be named at this time. We are advising suppliers not to sign any contract until this position is clarified.”

Earlier this month, Wexford Milk Purchasers voted in a narrow margin to sell their processing plants and milk pool to Glanbia Ingredients Ireland, 57 per cent in favour 43 per cent against by 326 co-op members. In total Glanbia agreed to pay €20m, of which €3.7m is in cash. €3m is required to purchase the remaining 30 per cent of Wexford Creamery from Dairycrest.

The transaction is set for the Competition Authority and the deal is expected to close mid-February. However all this may change as more buyers declare an interest.

In a surprise move last Friday Strathroy Dairies, one of Ireland’s oldest family dairies and a supplier of liquid milk to retailers throughout Ireland, confirmed an interest in purchasing Wexford Creamery.

The Tyrone-based processor said local farmers and milk producers have indicated that they would welcome this interest from Strathroy Dairies, and following an assessment of the creamery and its potential, the company believes that it is a worthwhile investment.

Ruairi Cunningham, managing director of Strathroy Dairies, said that the support of the local farmers and milk producers, matched with the potential for growth, were two of the key attractions in Wexford Creamery.

“We are calling on Board of Wexford Creamery to open discussions with Strathroy Diaries, prior to any decision from the Competition Authority in relation to the possible purchase by Glanbia Ingredients Ireland.”