Wettest December in parts of the country for 130 years 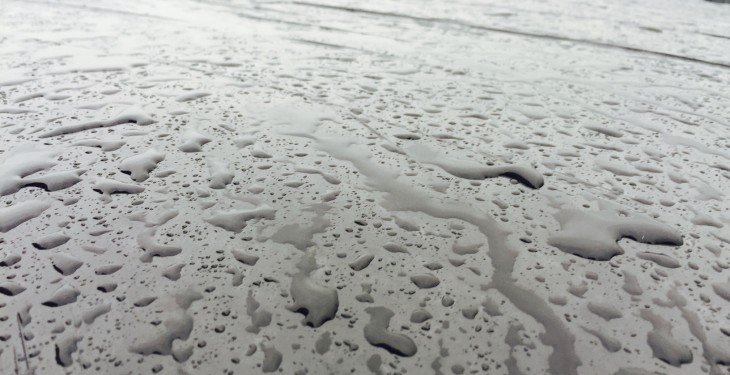 It was the wettest December in parts of the country for 130 years, according to Met Eireann.

All stations reported well above Long-Term Average (LTA) rainfall with most stations across the country reporting double or triple their normal rainfall for December.

Wettest conditions (compared to LTA) were in Co. Cork where nearly all stations reported over 300% of LTA.

Roche’s Point reported the highest percentage of LTA with 342% (340.6mm of rain) its highest for December since 1955.

The majority of stations reported their wettest December on record with exception of some stations mainly in the east and west which reported wetter conditions in 1978 and 1999, respectively.

The wettest days were the mainly December 3, 5 and 12 with stations in the west reporting daily rainfall totals of around 50mm or more on December 5.

The month’s wettest day was reported at Malin Head on this date (December 5) with 80.7mm, the station’s wettest day for any month since 1955.

Warmest December in over 160 years in parts

Dublin (Phoenix Park) reported its warmest December since records began at the site in 1855, while Valentia Observatory equalled its highest since 1893 with 10.0 degrees (2.3 degrees from LTA).

The majority of stations reported it as their warmest on record with exception of a few isolated stations located in the North, midlands, west and south, according to Met Eireann.

There, it was the warmest December since 1988, and the second or third warmest on record.

All highest maxima were recorded between the December 16 and 18, with the month’s highest temperature reported at Malin Head on December 17 with 16.0 degrees, its highest December temperature in
60 years.

Monthly sunshine totals ranged from 19.7 hours at Belmullet, Co. Mayo to 48.4 hours at Dublin Airport, its dullest December in 10 years.

The highest daily sunshine was 5.5 hours reported at Shannon Airport on December 21.

Cork Airport reported a monthly total of 24.3 hours, its dullest December since 1991 and its fourth dullest in over 50 years.

The number of dull days (days with less than 0.5 hours of sun) were from 15 at Dublin and Shannon Airport to 23 at Cork Airport.

Shannon Airport had its windiest December in 41 years