We’re not about hostile takeovers, we’re ambitious and have laid our cards on the table – Dairygold 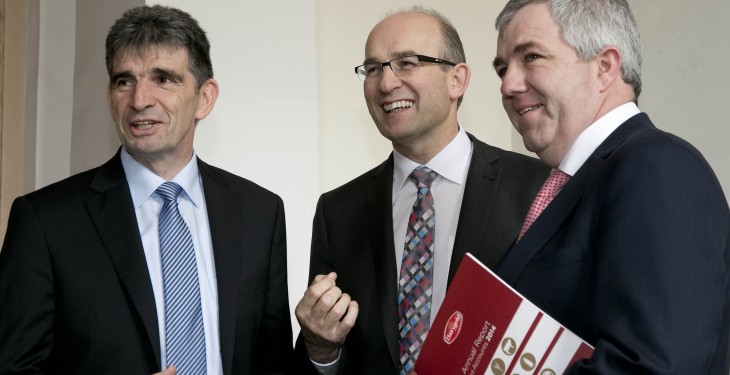 Despite two unsuccessful efforts to merge with Arrabawn and North Cork co-ops last year, Dairygold says it is still ambitious towards finding a suitable partner.

“We believe from an Irish point of view there are a lot of organisations that have similar philosophies – farmer owned, and all the rest of the principles,” Dairygold CEO Jim Woulfe said.

He said there has been consolidation across the globe with the people Dairygold is competing with and it saw a situation where there was savings to be done.

“And we did some modelling on that and we had some discussion with people and we put our cards on the table. But it was in terms of mergers.”

Dairygold is the largest co-operative in Ireland and its being farmer owned and controlled is important to it, according to Woulfe.

He said it’s other such organisations – that have a similar philosophy to that – that interest Dairygold.

“If we can identify savings if mergers were to happen, well someone has to make a proposition and take the lead on it.

“If it falls on deaf ears or if there is no traction so be it. But we have shown our cards and what our ambition is, so let’s move on. We’ve not been hostile. We’ve knocked on the front door always.”

Dairygold’s Chairman, James Lynch, re-iterated what Woulfe had to say on mergers. “We’re only interested in mergers where both parties are in a strong position. We want the farmer to get the benefit out of such mergers.”