Ireland’s weather in 2020 “indicates further evidence of climate change”, according to Met Éireann.

Today (Wednesday, December 2) the World Meteorological Organization (WMO) published its ‘Provisional Statement on the State of the Global Climate’ in 2020.

It stated that 2020 is on course to be one of the three warmest years on record worldwide. 2011 to 2020 will be the warmest decade on record.

Ireland’s meteorological data for this year also provides further evidence of a warming Ireland, according to Met Éireann. 2020 is on course to be the joint ninth warmest year on record in Ireland.

Met Éireann analysis of 2020 temperature and rainfall data from Ireland “provides evidence of the country’s changing climate and that it has felt the impacts of climate change”:

Commenting on the data, Met Éireann senior climatologist Keith Lambkin said: “As the WMO publishes its ‘Provisional Statement on the State of the Global Climate 2020’, it’s an opportunity to reflect on how 2020 compares to Ireland’s normal climate.

“Extreme weather experienced in Ireland in 2020 is likely to become more common into the future.

“Our analysis shows a wetter winter and drier spring than we have been used to. This pattern is in line with predicted climate change-related trends for Ireland.

“We saw the impact of such weather on our daily lives this year with the high level of flooding in February, particularly in the Shannon catchment.

“At the other end of the spectrum, a national hose-pipe ban was introduced after parts of the east had its driest spring on record. A number of significant storms during 2020, including Brendan and Ellen, caused the loss of electricity, affecting people and businesses throughout the country.”

This news comes as the WMO outlined the “stark reality” of increasing extreme events due to global warming. Their key messages include: 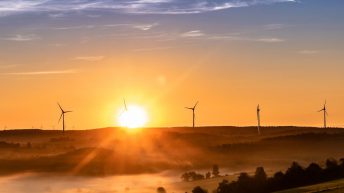