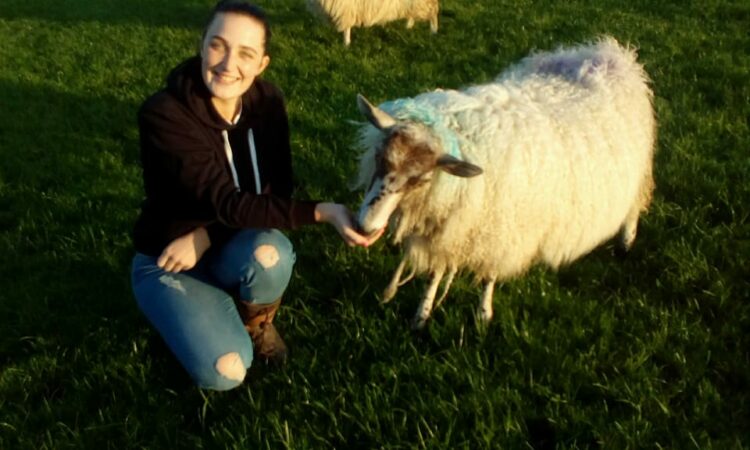 This year’s newly-crowned Laois Rose of Tralee, Grainne Hogan, knew there was just one way to make a lasting impression at the county’s competition selection night last weekend – by ‘milking’ a mock-up cow on stage.

Grainne, representing Sheeran’s pub, Coolrain, was hailed as the “most glamorous farmer” in the country at the event.

“I grew up on my grandparents’ farm with my brother Eoin and my mother Anne. My grandad was Jack Hogan and my grandmother’s name is Sarah Hogan. I got my love of animals from my grandad,” a delighted Grainne told AgriLand.

“Growing up, we had sheep and sucklers on the farm. My most memorable experiences would be when the ewes would be lambing and the cows were calving. We would always end up with a few pet lambs,” she said.

“Unfortunately, my grandad passed away just before my sixth birthday so it was decided that the farm would be leased out, as there was nobody else to farm it at that time.”

However, Grainne is now keeping the family farming tradition going.

“I got my Green Cert at Gurteen College which opened a lot of doors for me. It’s a lot easier to get a job when a farmer hears you’ve gone to an agricultural college. I work on a dairy farm in Ballacolla, Co. Laois, at the moment,” she said.

My job would be to mainly help with milking and general farm work. I love every aspect of farming – the good and the bad. It shapes you as a person.

“I love going to agricultural shows as well. I’ve a huge interest in having my own pedigree sheep flock,” Grainne said.

Having recently joined Camross Macra, the Laois Rose is relishing the experience.

I love it because everyone is so nice and the craic is great. It’s also really nice to be around people with the same interests as you.

For Grainne, the pressing issue in farming at present is the weather.

“There shouldn’t be cattle coming into sheds looking for silage in the middle of May. Farmers are under so much pressure. The weather really needs to make a change soon,” she said.

Being a female farmer

Being a female farmer brings its challenges, according to Grainne.

“We have to work twice as hard to have our opinions and ideas heard – even though I know a lot of women farmers who would put men to shame.

Having said that though, I still love farming; getting to work with animals every day is a privilege.

Having grown up watching the Rose of Tralee, she is thrilled to have been selected to represent Laois.

“Getting to meet new people and hopefully visit organisations to help make a difference, is great. I’d love to be a role model for young girls too, to show them – and the lads too – that no matter what they want to do, they can achieve it.”

Her dream, she said, is to have her own sheep and suckler farm.

“To be honest, I don’t make plans too often as life has a way of surprising you but having my own sheep and suckler farm is something I’ve always wanted,” she said. 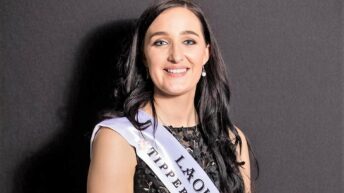 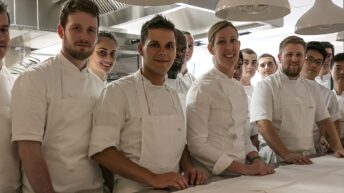 Laois Rose of Tralee Women in Farming
Loading Next Story