‘We are prepared for the next phase of this Brexit process’

The Minister for Agriculture, Food and the Marine, Michael Creed, believes his Department is well prepared for the next phase of the Brexit process.

Minister Creed was speaking today following a meeting with his Polish counterpart, Minister for Agriculture and Rural Development Krzysztof Jurgiel, in Warsaw.

Both ministers discussed the implications of Brexit for the Irish and European agri-food and fisheries sectors; on the same day as the UK formally made its Article 50 notification to the European Council.

A huge amount of work has been done in recent months in terms of analysis, consultation and engagement.

“We are well prepared for the next phase of this process, and I look forward to ensuring that the interests of the agri-food and fisheries sectors are protected as we face the many challenges that lie ahead,” Minister Creed said.

The meeting with his Polish counterpart provided a ‘worthwhile opportunity‘ to discuss the many challenges presented by Brexit with a very important EU partner, he added.

“I was particularly pleased to note the extent to which Ireland’s concerns are very much shared by Poland, which also has an important agri-food trade with the UK.”

Minister Jurgiel and his Ministry share much of Ireland’s analysis of the potential difficulties and have identified the same key issues that will have to be dealt with as a result of Brexit, he said.

These include the need for continued free access to the UK market and the need for ongoing equivalence in standards between the EU and UK post-Brexit, he added.

EU ready to ‘preserve its interests’ in negotiations

Meanwhile, in a statement released today, the European Council said the European Union will act as one and preserve its interests during Brexit negotiations.

We regret that the UK will leave the European Union, but we are ready for the process that we now will have to follow.

“For the European Union, the first step will now be the adoption of guidelines for the negotiations by the European Council.

“These guidelines will set out the overall positions and principles in light of which the Union, represented by the European Commission, will negotiate with the UK,” the statement read.

The first priority for the European Council is the need to minimise the uncertainty caused by the decision of the UK for EU citizens, businesses and Member States.

“Therefore, we will start by focusing on all key arrangements for an orderly withdrawal.

“We will approach these talks constructively and strive to find an agreement. In the future, we hope to have the UK as a close partner,” the statement added. 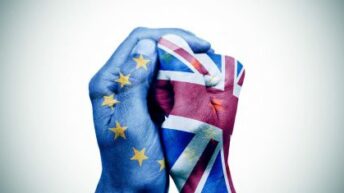