Watch: The ultimate wet weather machinery…baling in a quagmire 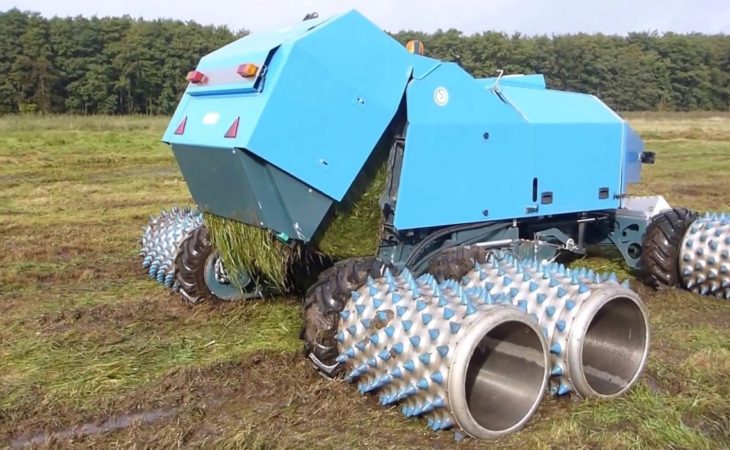 Believe it or not; there is equipment out there that is purpose-designed to mow, rake and bale in swamp-like conditions – or on hillsides that would see a tractor tumble tumultuously.

While not of immense practical relevance to us here in Ireland, it is heartening to see farmers in other climes successfully tackling what can best be described as “challenging terrain”.

A manufacturer of such equipment is Brielmaier – a specialist German firm.

These videos (below) depict its contraptions tackling what it describes as a “wet meadow”.

The tally of machines includes a so-called ‘motor mower‘ (the product for which the company is best known in its native market), plus a prototype rake and baler.

Managing directors Martin Brielmaier and Yul Strobel demonstrated the equipment personally and explained the ins and outs of the machines to the invited audience. Roland Kleinknecht, the developer of the baler, was also present.

Where did this entity come from?

Back in the mid-1980s, an entity called Brielmaier & Furst was run by Martin Brielmaier and Peter Furst – after whom it was named. They specialised in metal processing.

However, there was a company in the nearby town of Friedrichshafen that manufactured motor mowers; it operated under a very similar name – ‘Maschinenfabrik J Brielmayer’.

People kept mixing up the two companies, which inevitably led to the owners meeting.

Once the contact was established, Brielmaier & Furst began to produce spare parts for Maschinenfabrik Brielmayer. The headline product was an “old-school” motor mower – a “very mechanical” unit, with little innovation, but robust and apparently reliable.

When the original owner of the mower factory, lacking a successor, considered closing up shop due to his age, Martin Brielmaier took over his quasi-namesake’s company and became a producer of motor mowers in his own right. That was in 1992.

But, instead of modifying or improving the existing product, Martin opted for a radical redevelopment. His approach was to ask: “If I were building such a machine from scratch, how would I go about it?”

He considered what was technically feasible and reasonable, and eventually created the first mower that used hydraulic elements instead of mechanical ones.

Brielmaier, previously considered to be an amusing ‘exotic’, became the market leader in this niche area – selling its wares to alpine farmers, especially in the European Alps.

From the very start, Brielmaier machines were designed for use in mountainous terrain. In 2005, Brielmaier introduced its patented studded roller (aluminum) wheels – with exchangeable studs. The idea was to maximise grip and minimise ground damage.

Brielmaier has been offering cutter-bars (for its motor mowers) of up to 3.5m in width for some time. More recently, it begun to offer 4.3m (double-knife) versions and even 6m-wide units.

The latter devices use its so-called ‘Duo’ technology, where two base machines power one cutter-bar.

Austrian magazine Der fortschrittliche Landwirt featured a test where a ‘Duo 6’ was pitted against a tractor (that was much more expensive). On challenging terrain, the motor mower was declared a “hands-down winner”.

The company now has a presence outside Germany – including France, the US, the UK and even Scandinavia. 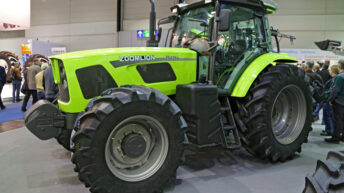 Check out these tractors, combines and foragers…from a growing Chinese giant