At the recent Agritechnica show in Germany, AgriLand came upon a fascinating Irish-designed driverless ‘tractor’.

The machine is the brainchild of David Doran – a Roscommon man who heads up ‘Acres Machinery’. We were curious to find out more.

In this video (below – shot by AgriLand’s own Kevin Farrell), David explained: “We’ve brought our new iTarra autonomous tractor to Agritechnica.

“It’s diesel-electric; it provides 400V of continuous power…and it works automatically in the field. 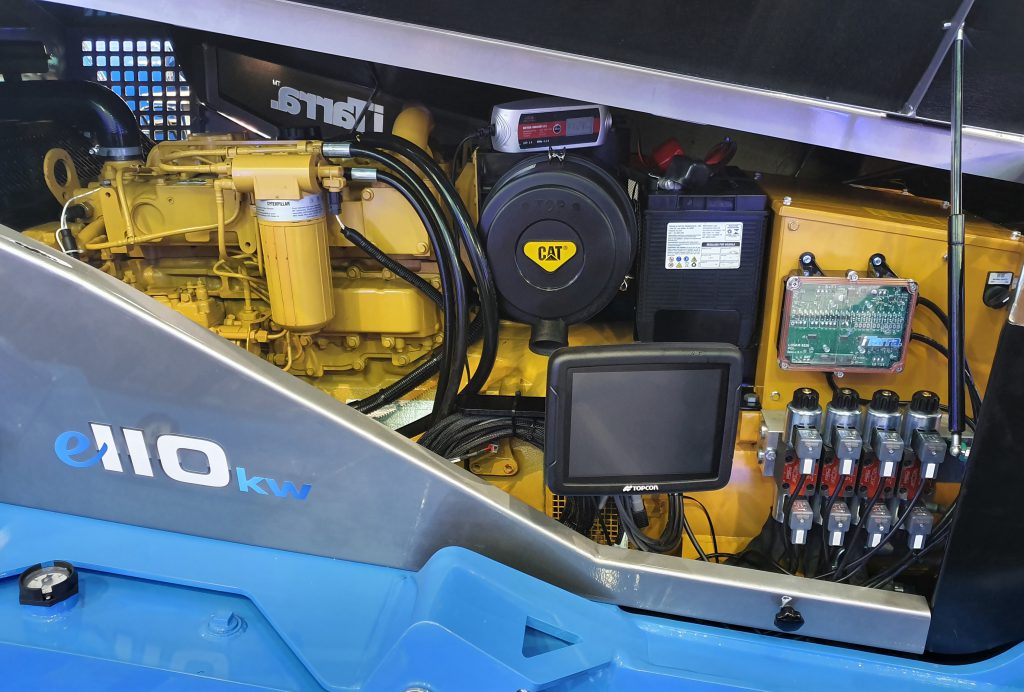 “We’ve done a collaboration with the University of Notre Dame in Indiana [US], where we’ve developed software for this new autonomous ‘tractor’.

He added: “We’re collaborating and partnering with existing OEMs that develop world-class brands. So, for instance, the likes of Keenan; they provide really good, robust feeding systems to the market. We now can give them a platform to transform their equipment into electric and autonomous [operation].” 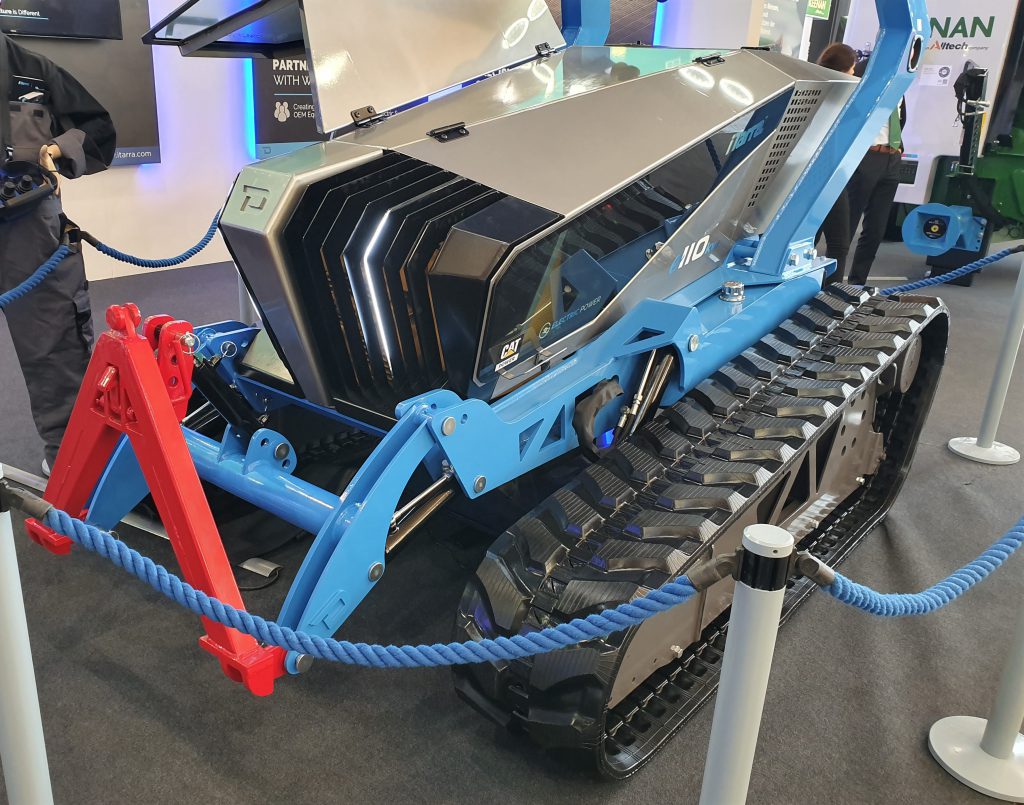 Whilst at the show, we also spoke to Ellen Joyce – a university student at Notre Dame. She’s currently working with Acres Machinery as a software engineer on the project.

She told us: “We have three main drive modes [on the machine]. We’ve got VR [Virtual Reality]; we’ve got Autonomous; we’ve also got RC [Remote Control]. 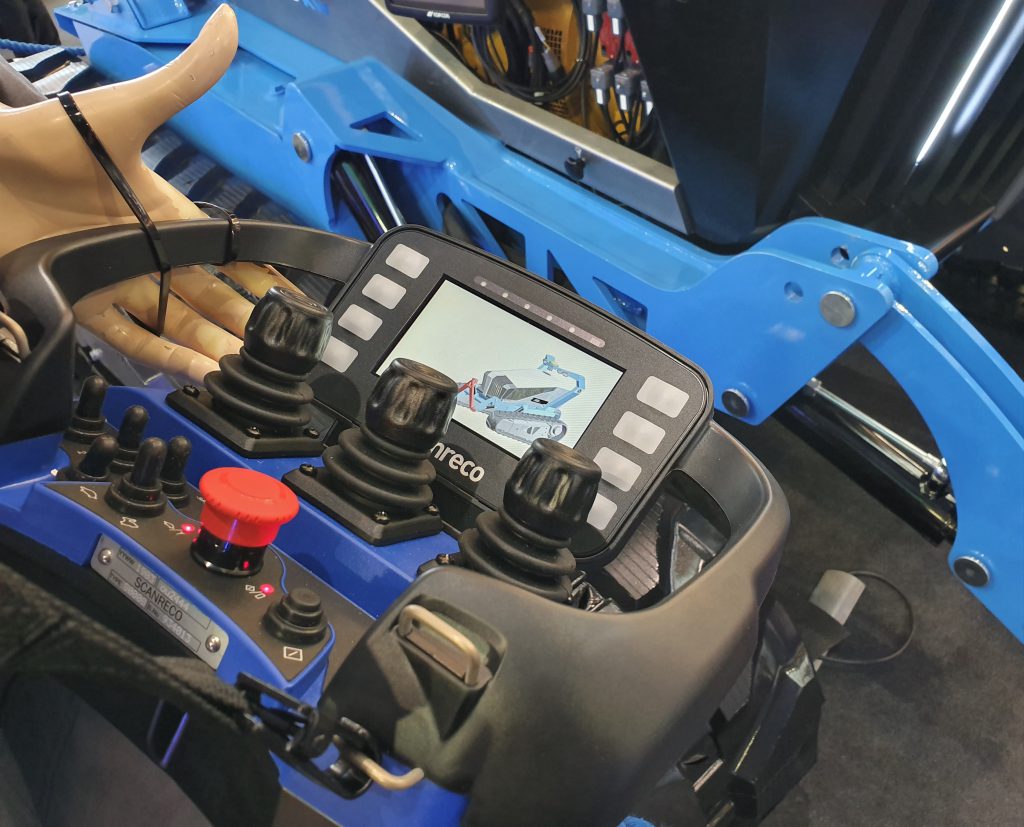 “The RC [version] is a very, very basic unit where you’re able to operate [the machine] via radio frequencies.

“The next level up is ‘Autonomous’. We work with Topcon – the GPS system. It allows the tractor to work all by itself in the field. All you do is upload a field map and it will work from there.” 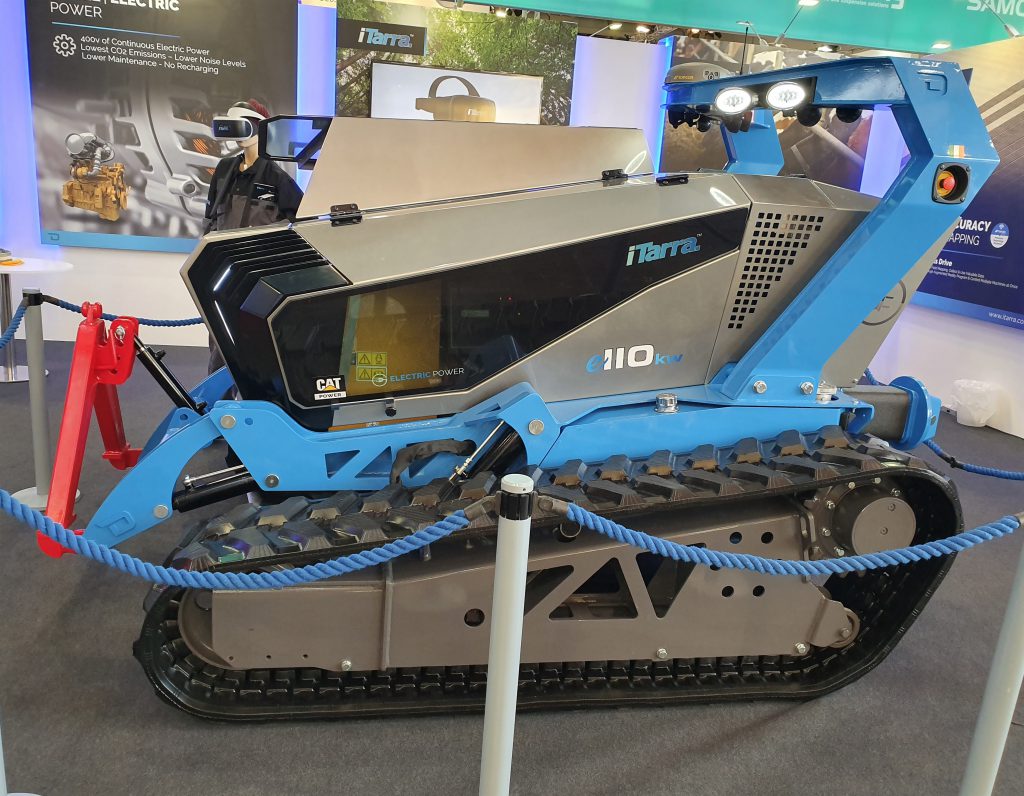 She added: “On the tractor we have sensors including radar and ‘LiDAR’. These sensors detect objects in the tractor’s path.

“That’s where the VR element comes into it. We have a camera on the tractor that’s 360º and, using the ‘viewer’ headset, a farmer can be anywhere. They can be on their farm; they can be in their house; they can even be on the toilet! They can operate the tractor from the comfort of their own home.

They can use the ‘viewer’ headset to see what the tractor sees.

Ellen went on (in the video) to describe some of the machine’s “key innovations”, including its novel hitch and power-transfer system. 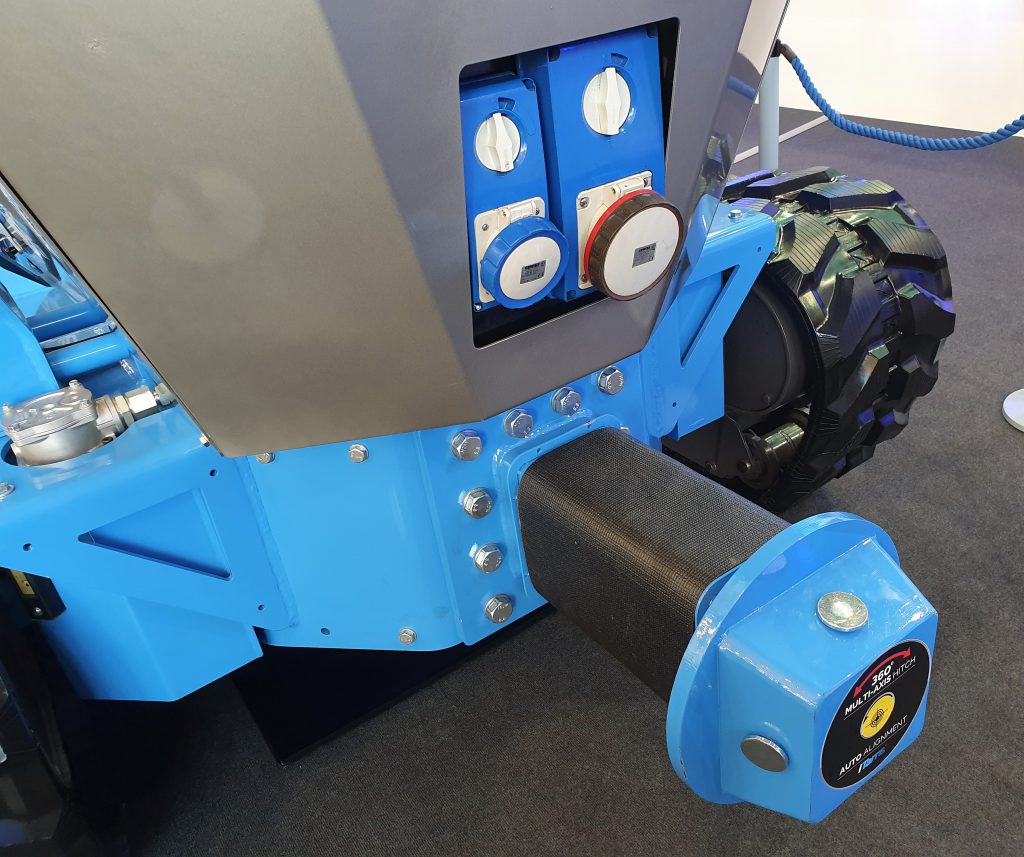 She explained: “Rather than having a dangerous power-take-off [PTO] system, we have a constant electrical current that’s supply to the attached implement. We’re working with different partners and different manufacturing industries to provide electrical balers and things like that.” 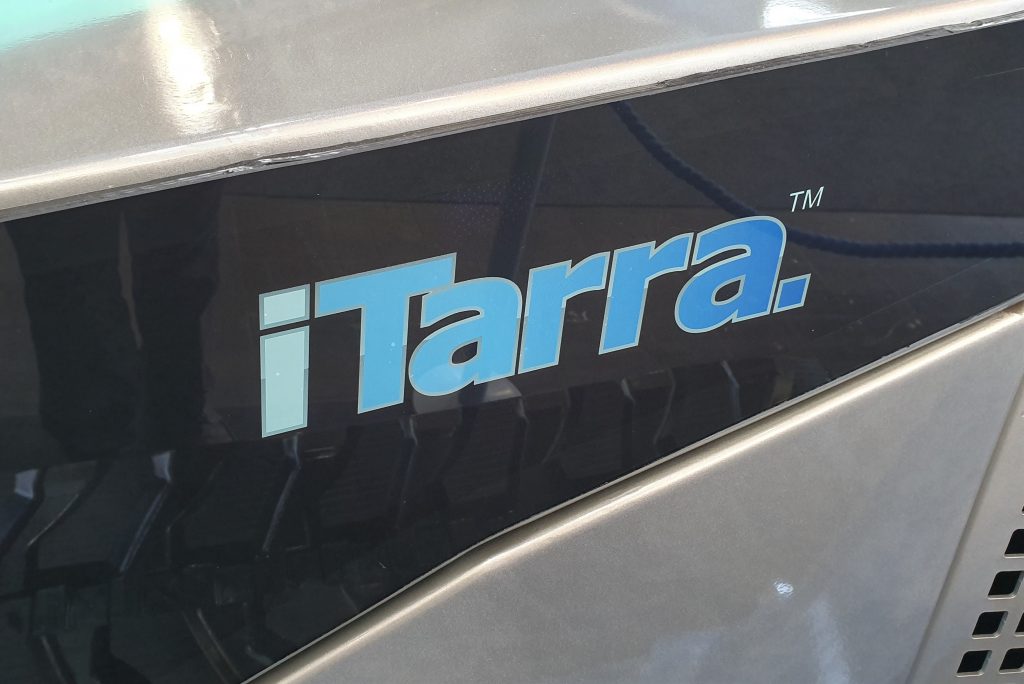