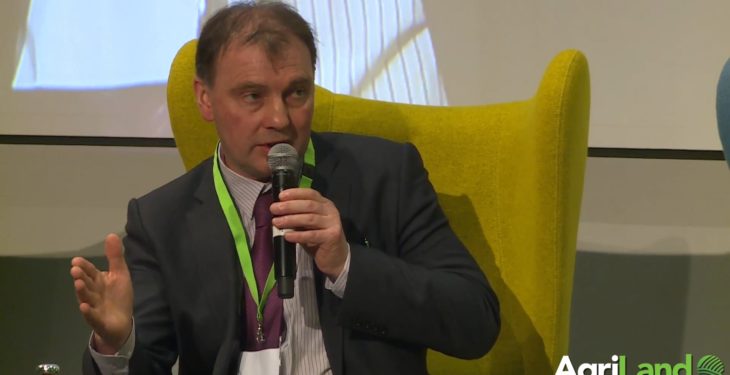 John Comer, president of the ICMSA

The budget for the Common Agricultural Policy (CAP) needs to be justified to the EU taxpayers as “good bang for their buck“, according to the president of the Irish Creamery Milk Suppliers Association (ICMSA), John Comer.

Comer was speaking as part of a panel discussion on policy drivers at this morning’s Food Wise Conference being held in Croke Park this morning (Monday, December 4).

The president welcomed an “awful lot” of what the EU Commissioner for Agriculture and Rural Development, Phil Hogan, outlined in his presentation on the new CAP 2020 proposals – which were published last week – at the conference.

Because unless we have got it, we can’t spend it. The commissioner I’m not so sure was forceful enough in terms of justifying the budget as being good value for money for the taxpayers of Europe.

“It is only 1% of the GDP (gross domestic product) of Europe; it certainly, in my view, would be as much a consumer subsidy as a farmer subsidy – and we’ve got to say that. We’ve got to say that it pays back in spades for the taxpayer in terms of a safe, secure supply of sustainable food.

“The reality is for now as an industry and as a commission, we have to justify the CAP to the taxpayer; we have to acknowledge up front that it’s taxpayers’ money and we have to be able to justify it to them and tell them that they are getting a good bang for their buck,” Comer explained.

‘The CAP budget will come under scrutiny’

During his address to the conference, Commissioner Hogan admitted that the CAP budget – which totals almost €58 billion/annum – is going to come under some pressure and scrutiny in upcoming negotiations.

He explained that the UK leaving the European Union will “blow a hole in the overall EU budget” and future challenges on the horizon will also require funding.

We are entering the key negotiation period for the next EU budget. The CAP is going to come under some pressure again, as probably you know.

“In this context, all the spending policies – including the CAP – will come under scrutiny,” Commissioner Hogan said.

The Food Wise Conference is scheduled to run until later this afternoon; stay tuned to AgriLand for further updates throughout the day.