Video: Getting more bang for your buck in crop production…using drones 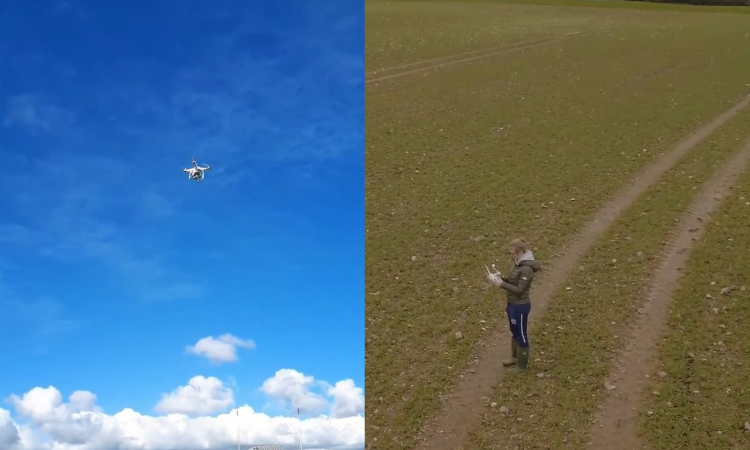 With tighter EU regulations coming down the track and a growing global population, the pressure is on farmers to ensure that they can produce “more with less” – and drones could play a role in this.

Maximising the use of fertiliser will be key to achieving this challenge – a drones could play a vital role in improving efficiency in this area, according to recent graduate Design and Manufacture Engineering from the University of Limerick (UL), Lisa Daly.

While a small number of drones are being used in an Irish agricultural context, Lisa – who is from a dairy and beef farming family in Co. Laois – spoke to AgriLand about the further opportunities that could be tapped into in this field.

For the project, Lisa flew a drone over winter barley in fields in Laois and Limerick, scanning the crops to examine nitrogen levels and general crop health by combining drone and sensor technology.

The engineer – now working in the biomedical sector – produced a video (below) to explain her project and its findings on the complementary use of drones.

Lisa equipped a drone with a sensor using Near Infrared Light (NIL) to detect crop health seven to 10 days before the human eye. Software was then used to form normalized difference vegetative index (NDVI) maps which identified weaker crops.

In a cost benefit analysis, the project claimed benefits of 20% of fertiliser saved by optimising – worth €783 per year to a 60ha farm – helping both the environment and farmers’ pockets, particularly if shared or contracted among multiple farmers.

Commenting on this, Lisa said: “I think it’s something that’s really worth putting out there. I would say it’ll be coming down the line in the next few years; it’ll be something that farmers will be using.

“It’s such a clever technology to optimise yield and with the way things are going with European restrictions on nitrogen, while at the same time increase yield, this seems to be a way that you can keep both sides happy.

“I’d say down the line it’ll have to be something that’s contracted out.

Already at the moment, farmers have agronomists visiting their farms; if agronomists used them as part of their toolkit that would be the way I would see it going. At the moment they have to walk the crops – if they had a drone imaging, it would be like an additional service to farmers.

“You need a variable rate fertiliser spreader and they could put in the data for this. There are grants and initiatives to encourage the introduction of variable rate spreaders so in the future this machinery will become mainstream.

“At the moment farmers are being squeezed and they’re not really being given a solution – and that’s why I’m interested in the project in the first place.

“I come from a farming background but at the same time I do a lot of environmental volunteering and things and I feel like the two sides are almost enemies. I think that’s not right; if you follow this going forward, farming and environmental initiatives need to be working hand-in-hand.

“At the end of the day, farmers do care; they care first about nature and the environment. They work in their fields; they own their fields.

“I thought this is a solution for both sides because you’re increasing yields. In the case of blanket spread, some of the areas might need more or less nitrogen [than blanket spreading provides].

If they get more nitrogen they produce more yields, which helps the farmer’s pocket as well. Europe are telling you on one hand that they want less nitrogen use but on the other hand they want to feed Europe as well and they want exports.

“This is a compromise but I don’t see it being applied [wide-scale]. I think it’s important to put this out there.

“My own job has gone in a different direction [from this project] but it’s something that I have a huge interest in; I worked closely with my supervisor Peter Tiernan; he has a drone company – VisionAir.ie – and it was something that he was looking into himself. I said that I would be able to help him from that side.

“I used the drone on the fields of Pat Lowry, a farmer from Timahoe, Co. Laois; and on the farm of John O’Connell in Limerick.”

Commenting on her recent award win, Lisa highlighted the interest there is in agricultural innovation, stating: “Stryker chose [my project] because they see it as the future; a win-win situation.

“They picked it from among the non-agricultural projects. I thought it says a lot,” she concluded. 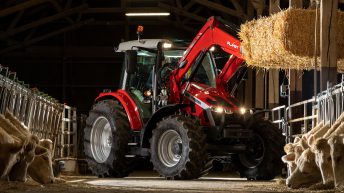