Video: From planting to harvesting, see what it’s like farming in the US 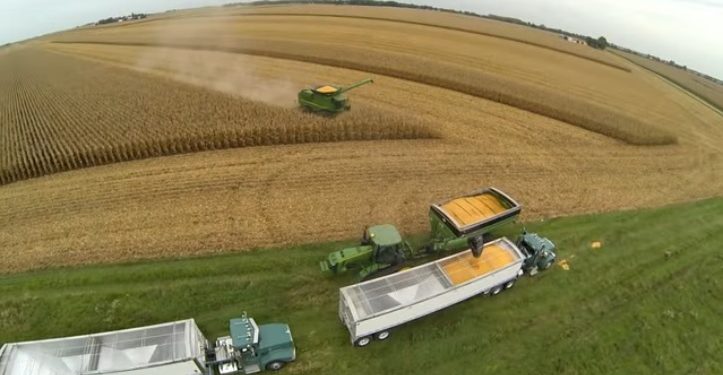 Drone footage from Illinois in the US shows the different stages of planting, growing and harvesting corn in the US.

The footage was shot throughout 2016 on farms in Chebanse, 40km from the state border with Indiana.

It is obvious from the footage that the John Deere brand is the most popular manufacturer in the area, with a variety of tractors, machinery and combine harvesters featuring in the clip.

The featured tractors are of a significant horsepower and vary in configuration from narrow wheels to track machines.

A vintage two-wheel-drive John Deere tractor is also seen taking to the field, while on the other end of the spectrum footage is captured of a modern John Deere self-propelled sprayer.

Drone footage captures the scale of the operation with large wide open fields as well as an expansive yard with a number of grain silos and sheds which dwarfs the large machinery.

Tractor and grain cart combinations can be seen transporting grain from the combine as it harvested in the field, before off-loading it to articulated trucks at the edge of the field.

The drone footage also captures some excavators carrying out some maintenance work on drains around the edge of some fields prior to cultivation. 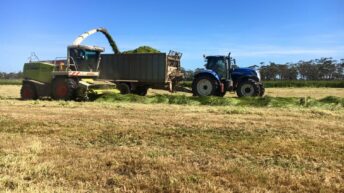 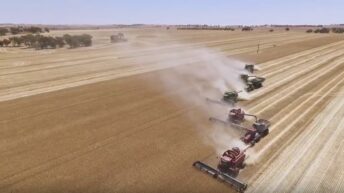 Video: Drone footage captures the scale of the Australian harvest