Video: Dramatic footage of dead and injured cattle following crash in the US 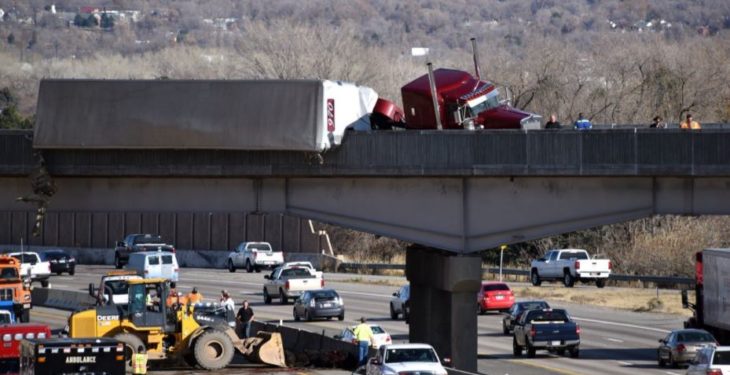 Dramatic footage has emerged of dead and injured cattle after the articulated truck transporting the animals crashed while on a freeway in the US.

The incident is believed to have taken place on Wednesday, November 22, at approximately 11:40am on a section of freeway near Riverdale in Utah.

It is believed that the articulated truck and trailer partially overturned on the freeway after the weight shifted in the trailer, causing it to roll. The vehicle was on an exit ramp when the incident occurred.

A number of cattle fell from the trailer onto the road below, a drop of considerable height.

It has been reported that the speed limit on the stretch of freeway where the crash happened was 45mph (72kph). It is understood that the driver of the articulated truck was speeding at the time of the accident.

It is unclear how many cattle fell from the trailer onto the freeway below. Nor has there been any confirmation as to how many cattle were killed in the incident. The driver of the vehicle walked away uninjured.

In footage captured by an eye witness, you can see cattle – which have fallen from the trailer on the freeway ramp above – trying to get up. Some are in obvious agony as they make repeated efforts to get to their feet. Others made it safely to the side of the highway.

But there is a considerable number of cattle strewn across the freeway which have been killed as result of the crash or fall.

The accident caused traffic tailbacks for miles and diversions had to be put in place. It took a number of hours before the freeway was fully reopened. 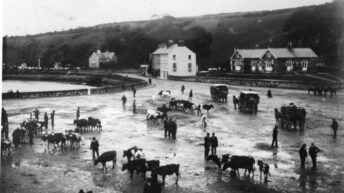 End of the line: What’s next for farming along Ireland’s railways?