Video: Cattle rescued from the sea after 15m cliff fall 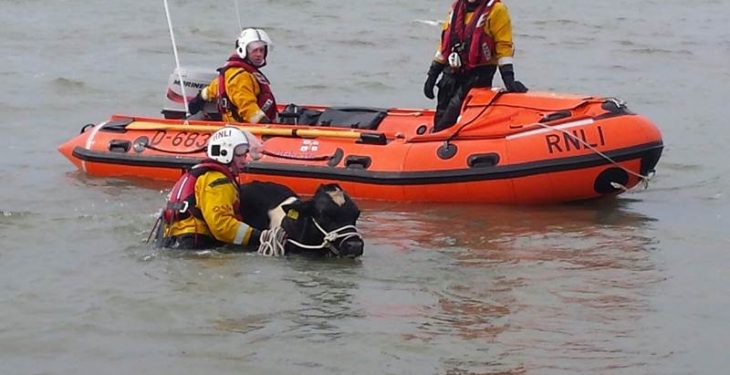 Two bulls had to be rescued from the sea by members of the Royal National Lifeboat Institution (RNLI), after they fell 15m off a cliff in Co. Waterford.

Members of the RNLI from Fethard in Co. Wexford were called to the scene of the rescue on Friday, February 24.

The two bulls were left stranded after falling from the cliff in the Broomhill area at Waterford Harbour, with the tide beginning to rise, according to the RNLI.

After arriving on the scene at 11.20am, crew members decided to rescue the first animal, which was stranded in a gully.

The second animal was close to 3m above the water level, on rocks further north and was relatively safe at that time, the RNLI said.

A crew member, Eoin Bird, entered the water with a rope and swam close to 45m in difficult conditions to reach the animal that was stranded in the gully.

Using the rope to make a halter, Bird placed it around the animal before he swam back to the lifeboat.

The animal was then towed 1.5km alongside the boat, while one of the crew held its head safely above water, to be reunited with its owner at Templeton bay.

The volunteer lifeboat crew then returned to the scene, where a halter and rope had already been placed on the second animal ready to recover it.

Fethard lifeboat then towed the animal off the rocks and brought it ashore to the waiting owner.

Our friends in the RNLI at Fethard Lifeboat Station don’t discriminate in their work on the Hook Peninsula. Keeping everyone safe! So delighted to be supporting their work with funds raised at this year’s Hike to the Hook.#RNLI #HiketotheHook #HookPeninsula

Despite this being an unusual rescue, the volunteers were well equipped to deal with the situation, Fethard RNLI Deputy Launching Authority, Hugh Burke, said.

“This was a rescue with a difference for our volunteers but we do train for every type of scenario.

Nobody wants to see animals in distress or difficulty and we are happy to launch to bring them to safety.

“Conditions on the day were fairly lively with a 2m swell. The rescue involved excellent boat handling by our lifeboat Helm John Colfer and great work by Eoin and Finola to bring the two animals to safety.

The crew on the day were Lifeboat helm John Colfer and crew members Eoin Bird and Finola Foley, while the shore crew was made up of Thomas Nolan and Tim Bradley.

A Happy Ending For All Involved

A rescue of this nature is very rare, but the crew were thankful that it was a happy ending for the animals and their owner, Colfer said.

“We were lucky that one of our crew was from a farming background and knew how to handle animals.

“The first animal was very tired when we got to him. When we got him back to shore he could stand but he wasn’t able to walk.

It was only afterwards that we found out that it had dislocated its hip, but the vet came in and treated the animal.

“The second animal was okay; he was able to swim all the way back to shore once we got him into the water.

“When it got back to shore, it strolled up to the top of the beach and started eating some grass,” he said. 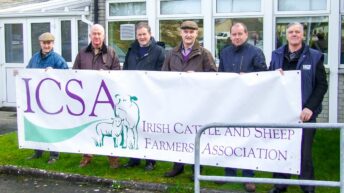 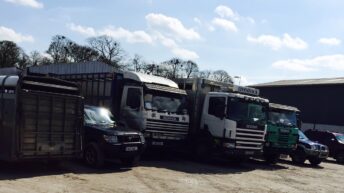 Farmer and haulier fined for transporting an unfit animal