‘Unacceptable’ BEAM stock reduction rule ‘across the board’ – INHFA 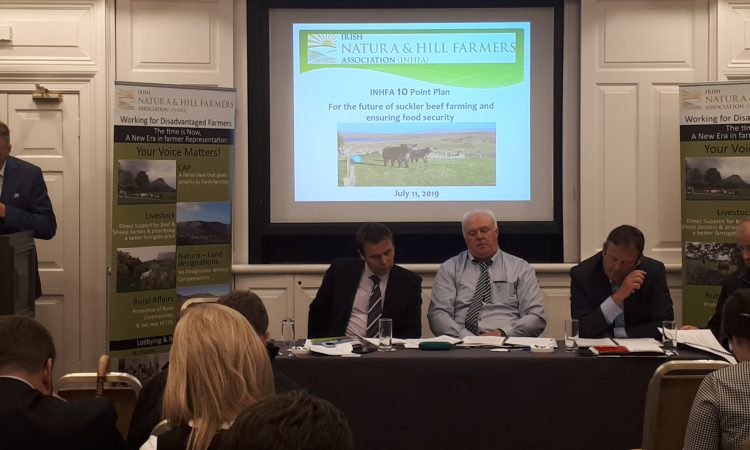 Proposals outlined under the Beef Emergency Aid Measure (BEAM) will see reduction in stock numbers according to the Irish Natura and Hill Farmers Association (INHFA).

According to INHFA president Colm O’Donnell, the scheme “is seeking a 5% reduction in organic nitrogen over two years which is a clear requirement for a reduction in stock numbers.

“The fact that this requirement is across the board will mean that many farmers with low stocking rates will also be expected to reduce numbers – which is unacceptable to the INHFA.

The president outlined that, in the opinion of the INHFA, if stocking rates are to be reduced then “this reduction should apply to those with high stocking rates – with the obvious starting point being those requiring nitrates derogation or those currently exporting slurry”.

“There is a clear contradiction here that needs to be addressed – which is a point we have raised directly with the minister,” the president said.

This, he added was in addition to a point raised on the requirement for a top-up payment on the first 10 cows to ensure full uptake and spend of the €35 million for the suckler sector.

Continuing, he said: “Our suckler sector is not the problem when it comes to our carbon emissions as most of these farmers operate an extensive farming system with a low carbon footprint.”

“The INHFA has developed a 10-point plan for the future of our suckler beef industry and, if implemented, can deliver a profitable future in a sustainable farming model,” O’Donnell concluded.

Beef rebrand: ‘Suckler beef must be decoupled from dairy beef’