The Ukrainian Agribusiness Club (UCAB) expects the 2014 harvest to be in line with expectations of between 58-60 million tonnes. Whereas the acreage sown in 2014 is similar to that of last years, increases in yield are expected to boost the overall tonnage of this years harvest.

Potentially, this years harvest prediction might actually be larger than last years record harvest of 63,1 million tonnes. The expected output quoted above does not include occupied Crimea (~1m tonnes) or the Donetsk and Lughansk regions where on-going separatist activity may impede the potential 4 million tonne harvest in these two regions.

It is expected that the signing of the EU Association Agreement in June of this year will further strengthen European crop export markets to which Ukraine has traditionally exported, namely; oilseeds/sunflower, maize, rapeseed.

Ukrainian Agribusiness Club market expert, Igor Ostapchuk, said maize production has been growing considerable in recent years, whereas barley production has been in decline. However, the maize situation has this year. Low profitability of this culture (1.5% in 2013) shifted interest more on soybean production. The use of GMO grain is prohibited in Ukraine. Ukraine is also diverging away from what as previously a fairly even split in the production of forage and food grain. Production is now trending more towards food grain, with approximately 60% now produced for this purpose. Added to this, the production and export of Ukrainian flour is expected to reach record levels in 2014.

With average industrial farms sizes of 2,500 hectares the production environment remains difficult. Access to capital is challenging with interest rates exceeding 25%. Furthermore, Ukrainian agribusiness operates without state aid or subsidy. Also, proposed changes by the new government in the taxation systems will result in nearly 17% of Ukrainian agricultural enterprises moving from a more preferential taxation to the general taxation system. As a lobbying organisation, UCAB is pushing for land reform, simplification of the taxation code, and the removal of unnecessary red-tape and bureaucracy. The hope that further achievements in these areas will help further strengthen the agricultural sector.

Click on the presentation below for a historical overview of the Ukrainian grains sector.

Tom O’Callaghan spent a week in Ukraine meeting with industry organisations, investment agencies, farmers and the Ukrainian Minister for Agriculture. Over the course of the coming days we will run a series of articles on the potential of the Ukrainian agricultural sector, and the possibility for partnership with the Irish agri-food sector. 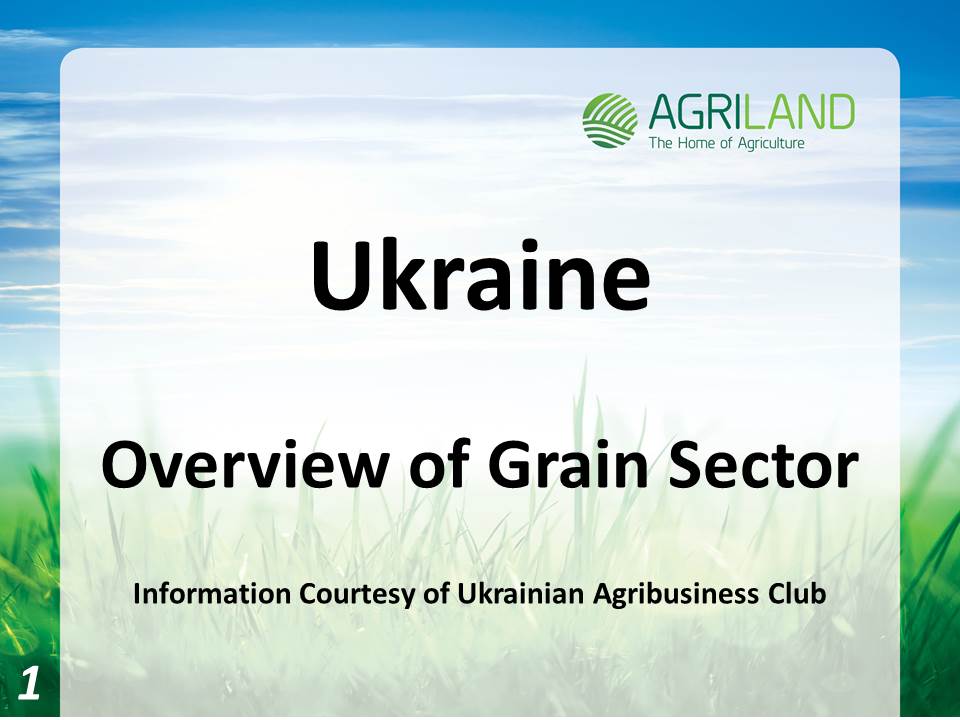 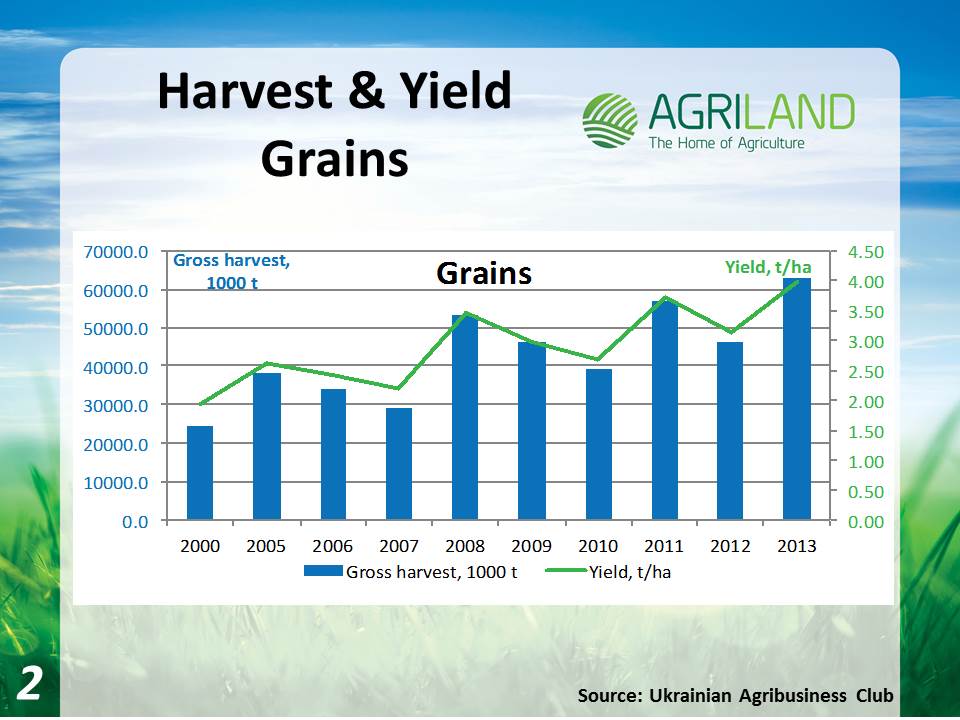 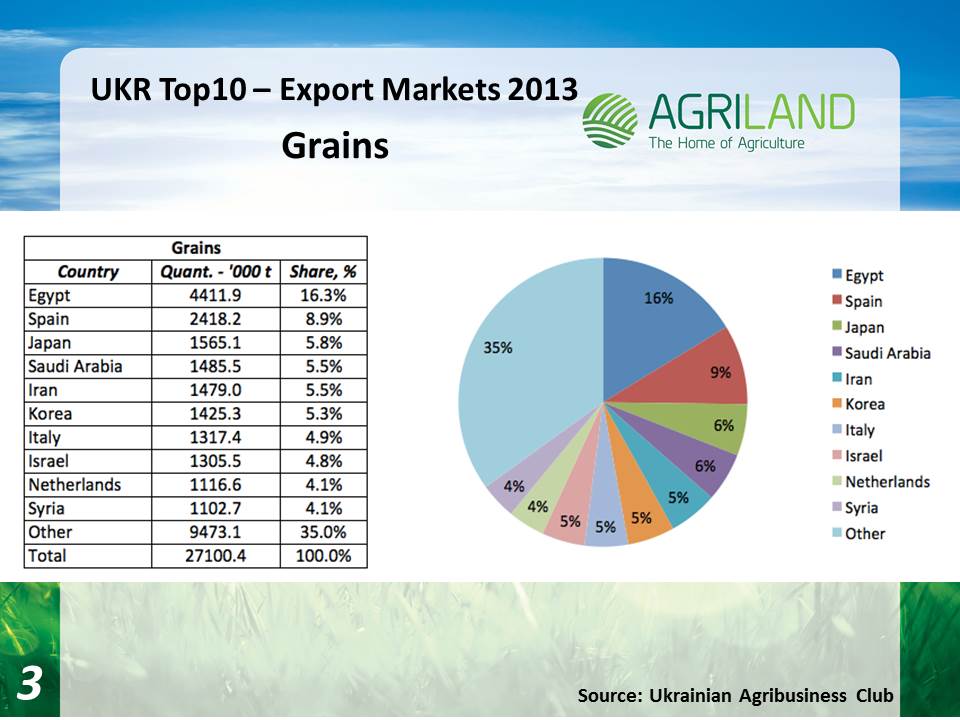 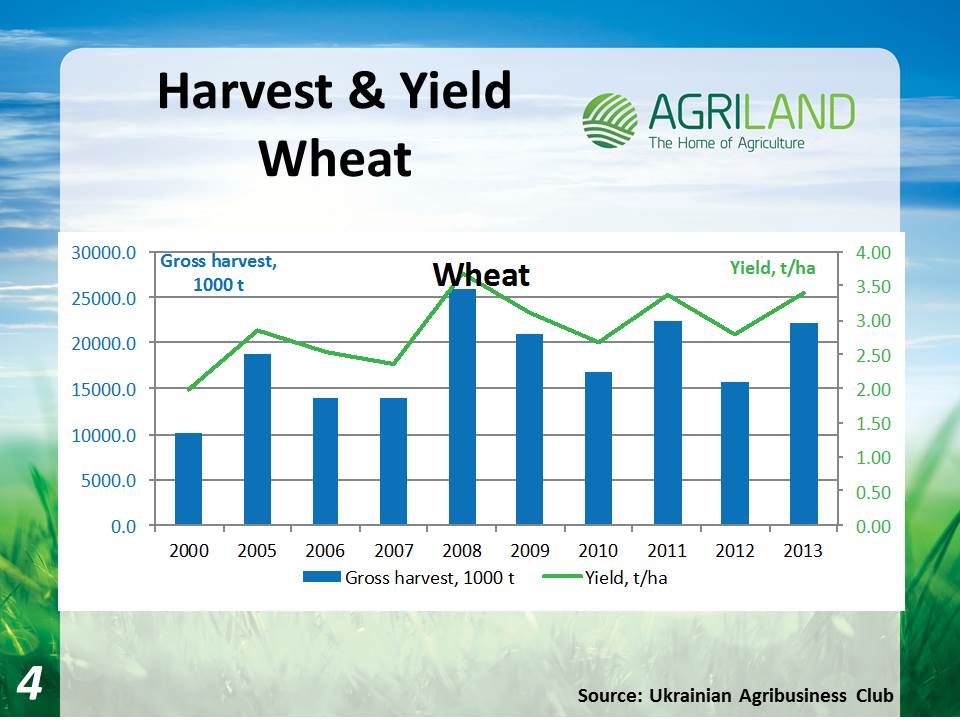 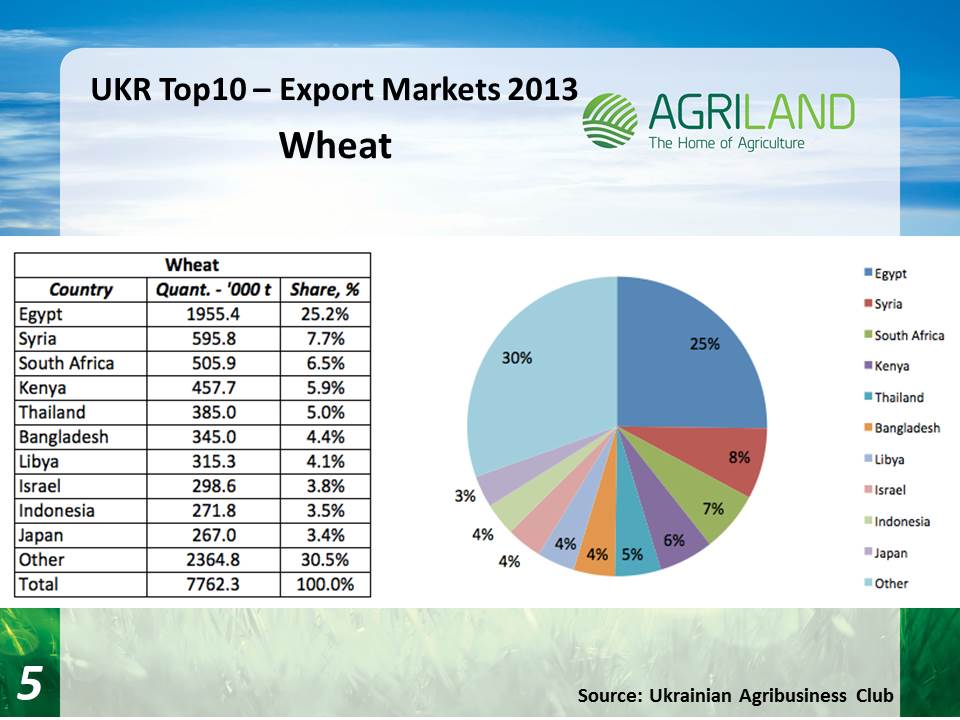 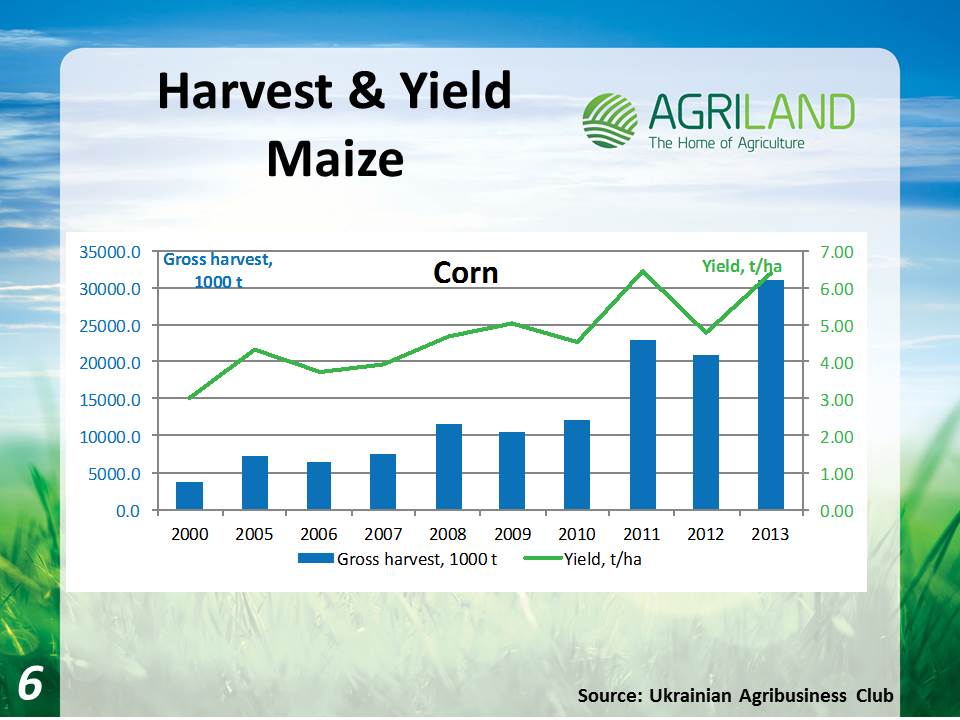 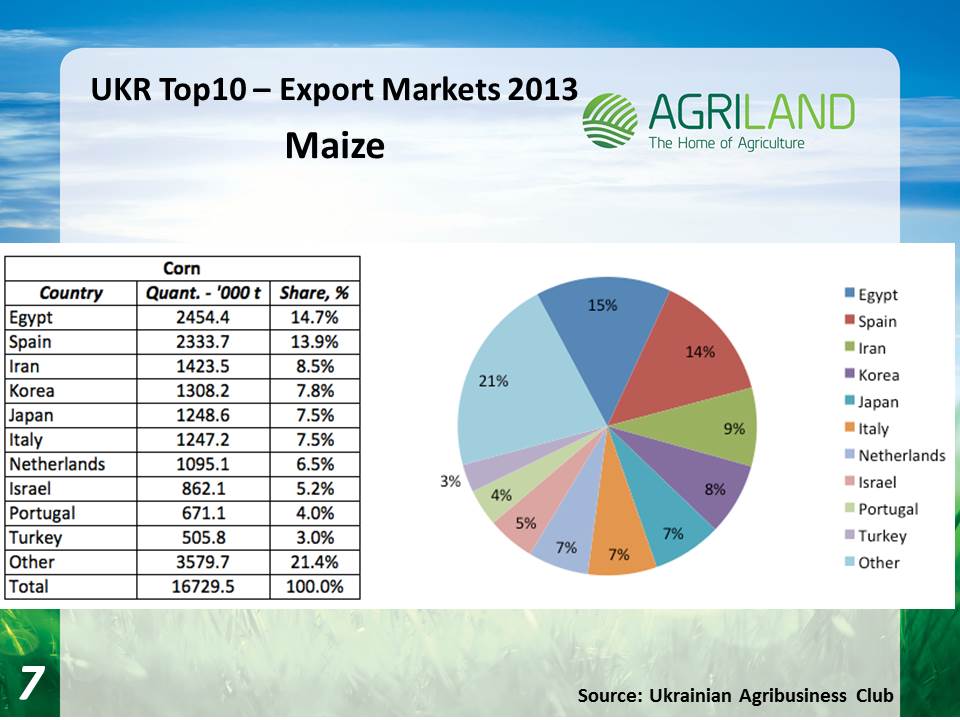 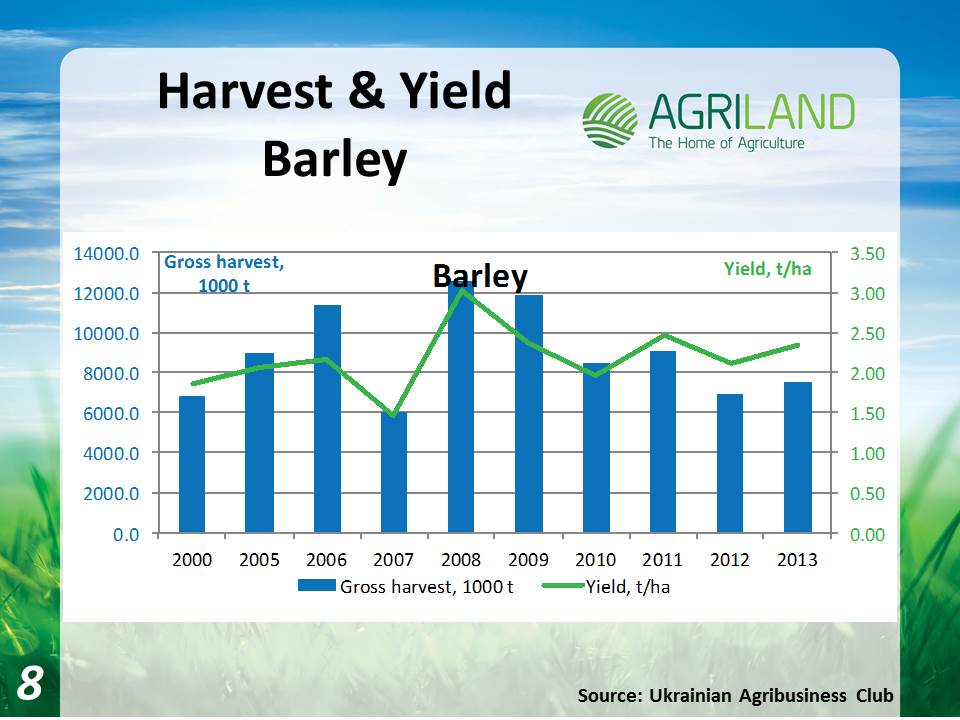 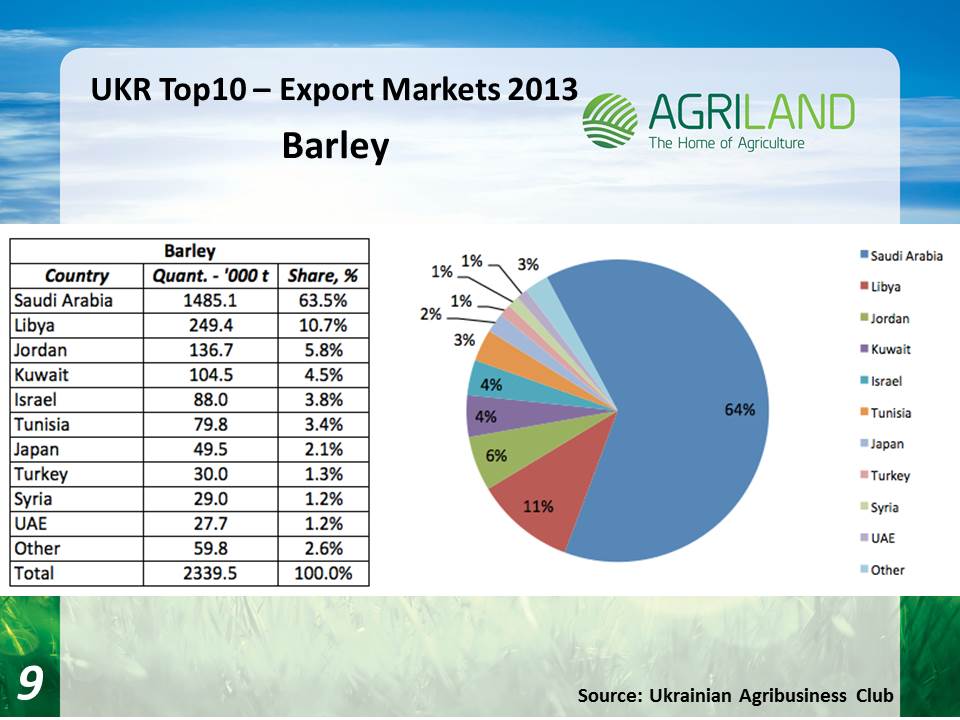